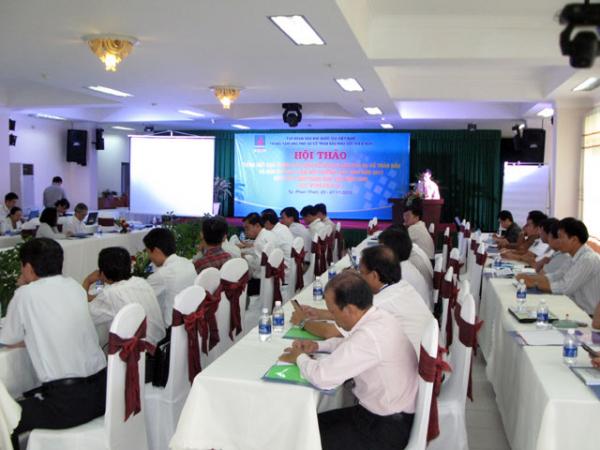 The workshop provided updates on the progress of development and implementation of the OCPP and ESI-MP of the southern provinces of Vietnam. The Vietnam National Committee for Search and Rescue (Vinasarcom) already approved the OCPPs of eight provinces, while four provinces have completed their ESI-MP. Some of the challenges identified in developing the OCPPs are the lack of legal documents and guidelines to facilitate the acquisition of budget for developing the OCPP and lack of capacity for conducting environmental sensitivity mapping, which is a requirement in developing the OCPP.
Participants were also updated on the new regulation on oil spill response, which was promulgated in February this year through a decision of the Prime Minister of Vietnam. The main features of the new regulation are as follows:

the extent of the spill is divided into three levels: small (volume of spill of less than 20 tons), medium (from 20 tons to 500 tons), and large (over 500 tons);
approval of the OSCP from offshore exploration and production drilling companies is now the responsibility of Vinasarcom instead of Provincial People's Committee;
provincial governments are required to organize training courses on oil spill response in their localities;
implementation of the OSCP at the grassroots level shall be monitored by the Provincial People's Committee and/or regional OSR Centers. Penalties are clearly specified for non-compliance.
more business units are required to develop OSCP at grassroots level, such as ports, investment projects, inland petroleum stations, oil tankers with GRT from 150 tons upward or other vessels with GRT from 400 tons upward.

Challenges in implementing this new regulation, particularly at the grassroots level, were also discussed.