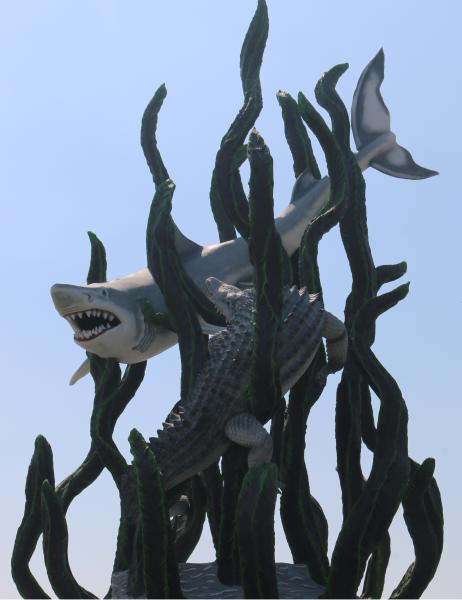 Once facing a daunting systemic waste problem, the city of Surabaya is now known for its sustainable waste management practices.

At the eastern end of the island of Java lies Indonesia’s second largest city: Surabaya. The city, home to around 3.3 million people, faced a number of challenges and threats to the environment and public health common to many cities in developing countries. These are brought about by rapid urbanization with economic and population growth outstripping the developing of waste management infrastructure.

In 2001, Surabaya produced a massive 2000 tons of solid waste per day. This waste was disposed to two landfill sites: Benowo and Keputih. Streets were overrun by garbage, drains were clogged by plastics, and some residents had no choice but to burn their refuse. The waste management crisis intensified when Keputih landfill site was closed along with a nearby incineration plant due to strong pressure from the residents in the area. 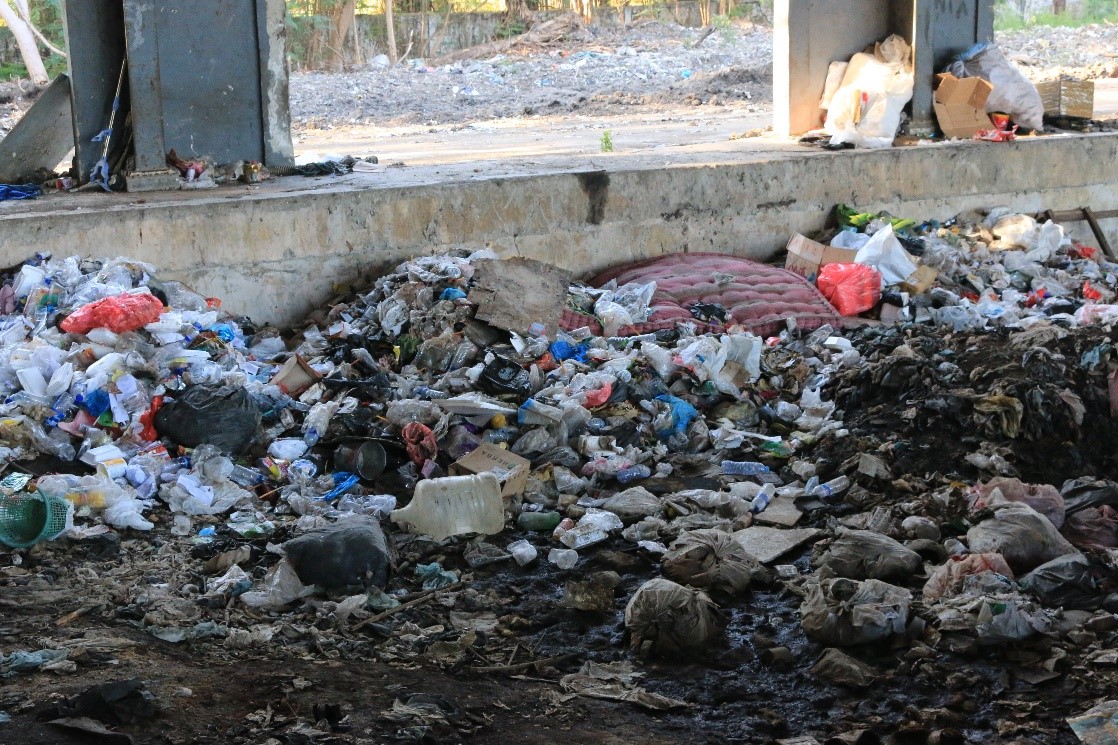 Leftover piles of garbage in the abandoned incineration plant.

Three years later, Surabaya began to make significant strides towards tackling their waste problem. The city partnered with Japan’s Kitakyushu International Techno-Cooperative Association (KITA), which promotes environmental conservation through cooperation and technological transfer. More than 20,000 households were taught organic waste composting techniques, reducing waste production by 30%. Composting baskets, composting centers, and waste banks were set up, local residents were incentivized to sort out their waste through the possibiliti of selling it to these establishments.

Surabaya’s Green and Clean program also encouraged the active engagement of thousands of neighborhood associations and local citizens in activities promoting education and awareness on waste management practices and principles. Eco-schools, eco-Islamic boarding schools, and eco-universities were also promoted to encourage students to recycle waste, plant trees, and save energy in their respective environments.

In 2013, the city established its first waste sorting facility, in partnership with Japanese waste company Nishihara. Named Super Depo, the facility provided job opportunities to locals as well as reducing the amount of waste that went to landfill. 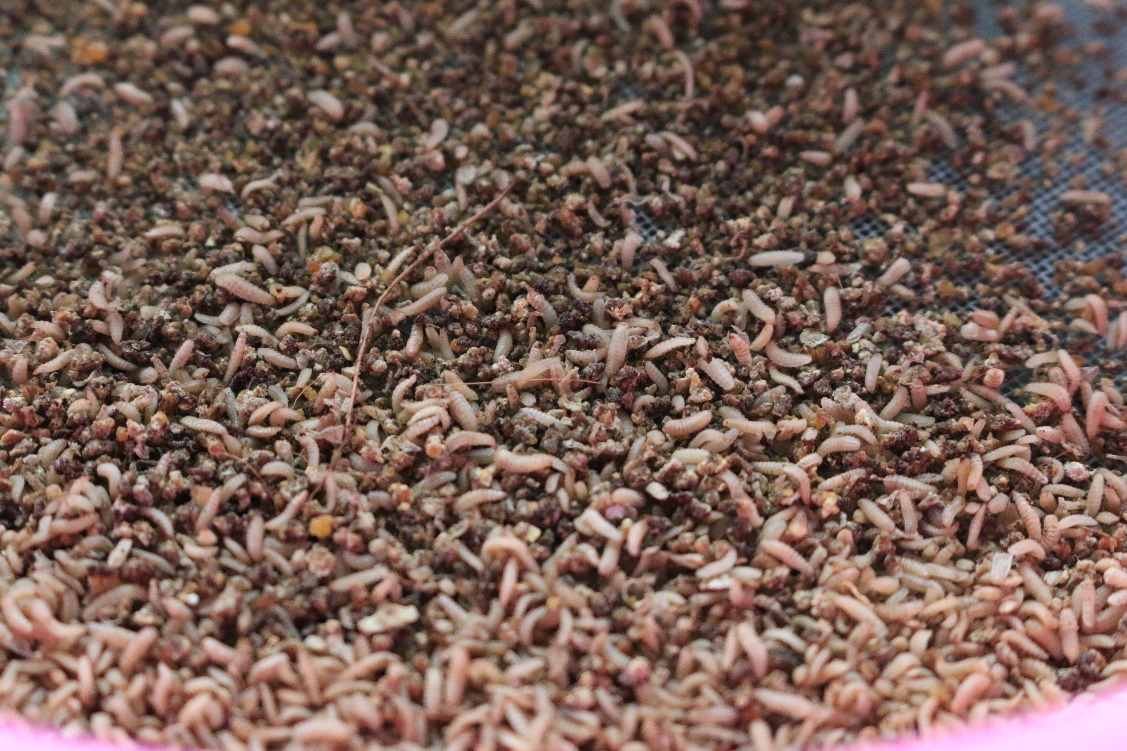 Organic waste collected from households are processed to ensure suitability for feeding to the larvae, being ground into fine material and made moist. Five-day old larvae are then placed into the biowaste, where they grow into larger larvae while they process and reduce the waste. After 12 days, waste residues from the treated organic wastes are used as animal feed for chickens, other birds, and fish. 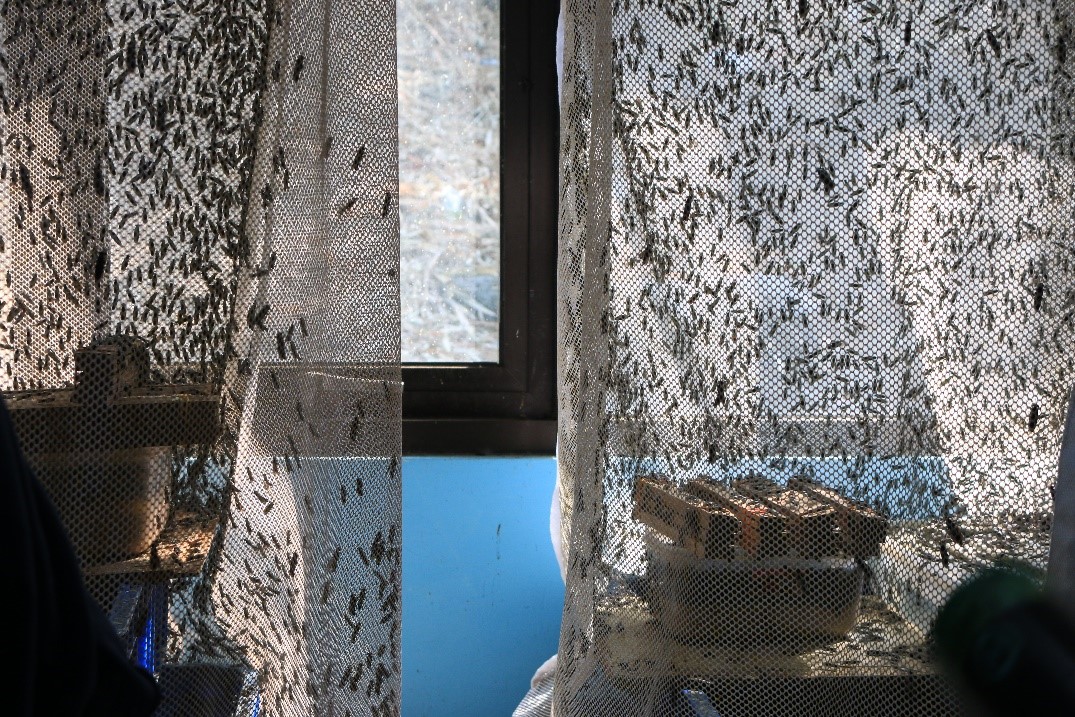 Jambangan Recycling Center hosts its own black soldier fly nursery to ensure that a reliable and consistent number of larvae is available for the organic waste collected by the facility.

Aside from the BSF processing facility, the recycling center also boasts equipment including chopper machines, sieving machines, conveyors, and even a waste-to-energy plant, which can supply enough energy to process 20 tons of waste a day. 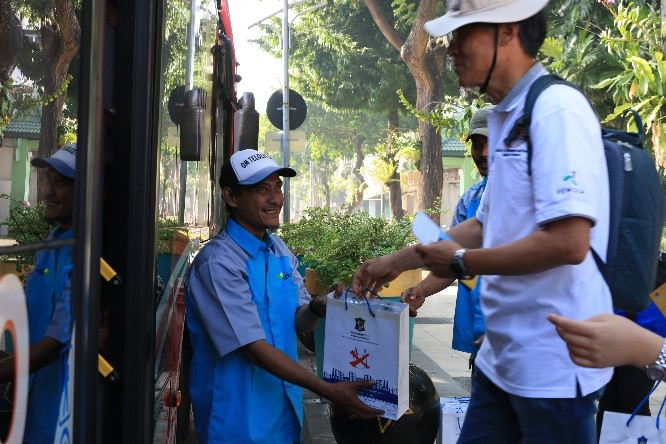 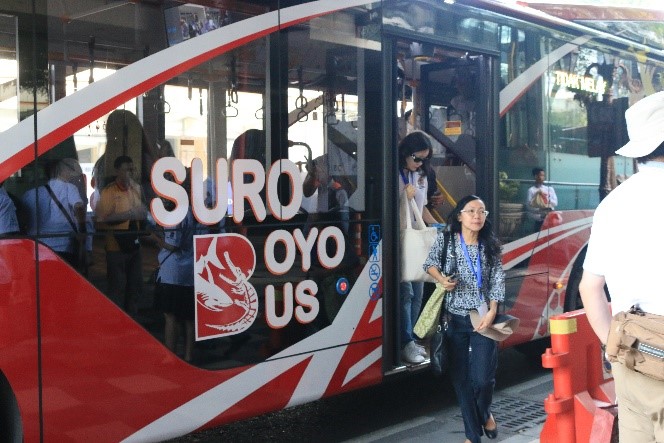 Following the public’s positive response of the deployment of the first plastic-payment bus in April 2018, twenty now roam around the city.

Commuters may pay using these bottles directly on the bus itself, or drop by the main bus terminal to swap plastic bottles for bus fare cards. Each single ticket has a two-hour validity, allowing passengers to alight and board the bus multiple times. Plastic bottles collected by the bus services are sold to recycling companies that convert them into plastic resin. 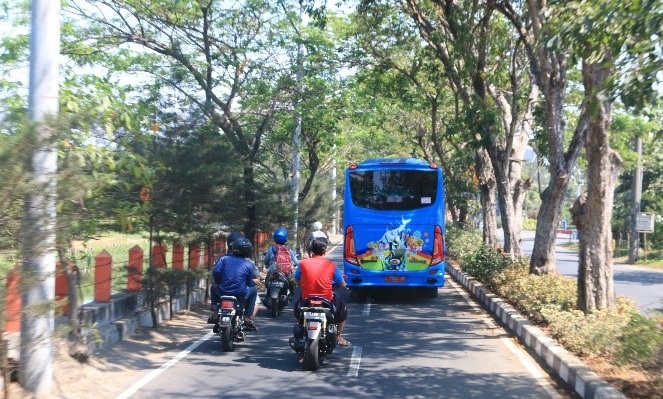 Well-landscaped islands in the middle of the city’s streets provide shade to commuters while improving air quality. Several eco-parks are being developed, aimed at intensifying the city’s greening initiatives and promoting eco-tourism.

One example is Harmoni Park, which is gaining popularity among locals and tourists alike for its family friendly spaces and green landscapes. What most visitors would not know is that just almost two decades ago, the park was a foul-smelling landfill. Harmoni Park was created on what was previously the Keputih landfill site. From a site reviled by the local community, the city has transformed the area into a garden tourism attraction.

After its initial closure, the landfill was left untouched for 10 years until a study was conducted by the Institute of Technology Sepuluh Nopember (ITS) to examine the gas emissions, nutrient content, composition, and other characteristics of the area’s soil. The study found that the area was cleared of harmful methane gas and its soil was stable. Now this soil supports bamboo, flowering plants, and even fruit trees. 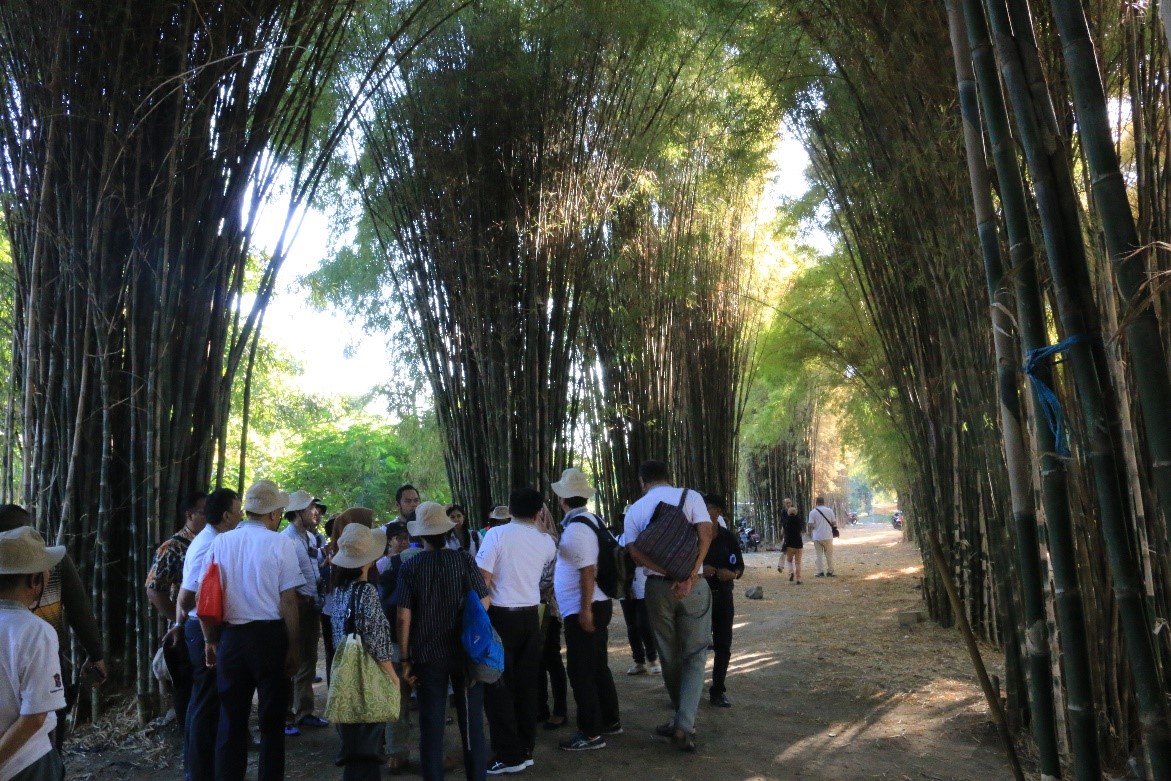 The scenic bamboo forest is popular among tourist and locals alike for its canopy, perfect for picnics and picture-taking. 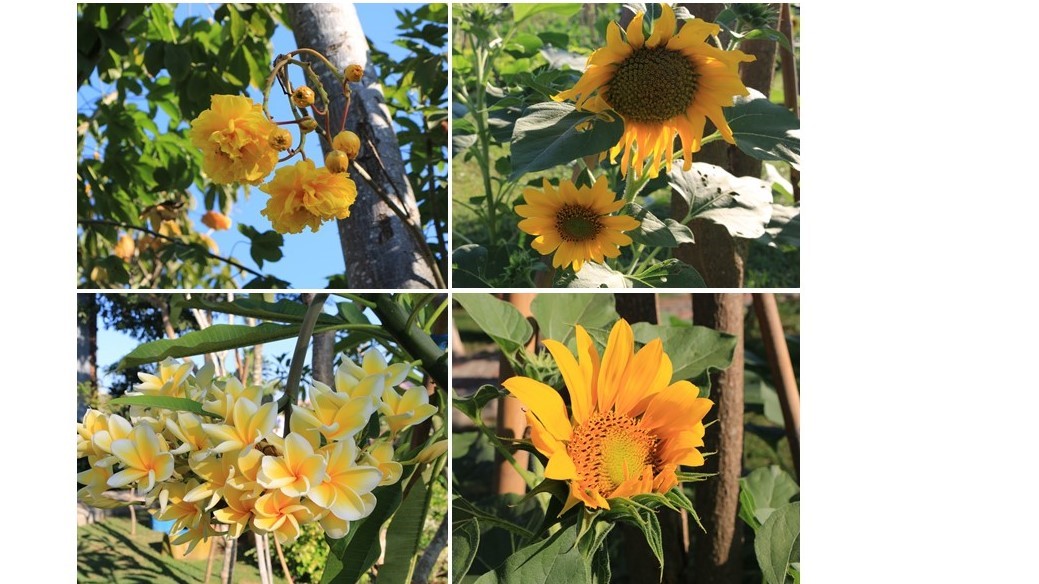 Several species of flowers are tastefully landscaped in the park. 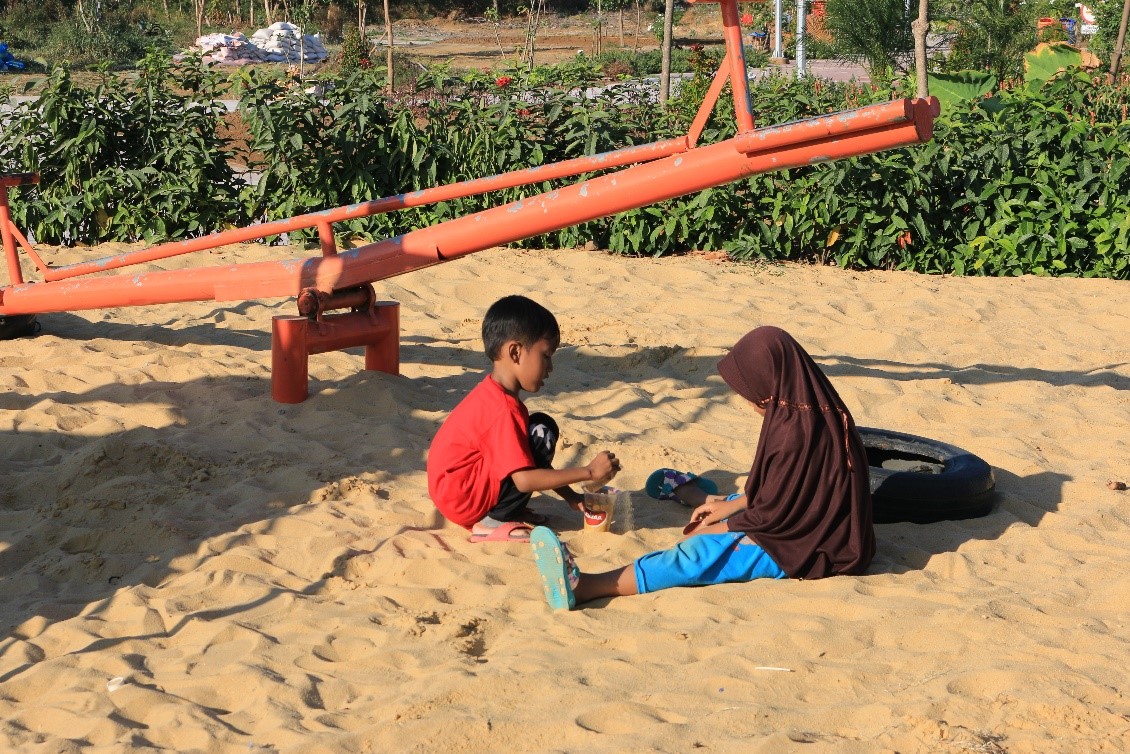 Located at the eastern coast of Surabaya, these sites were identified as priority areas for protecting and conserving the city’s environment. Concerted efforts from the local government and surrounding communities transformed the areas into healthy mangrove forests. Tourists now enjoy boating around the area, surrounded by mangrove species including, Avicennia lanata, Aviccennia marina, Sonneratia caseolis, and Xylocarpus moluccensis, which are home to the native long-tailed monkey (Macaca fascilularis). 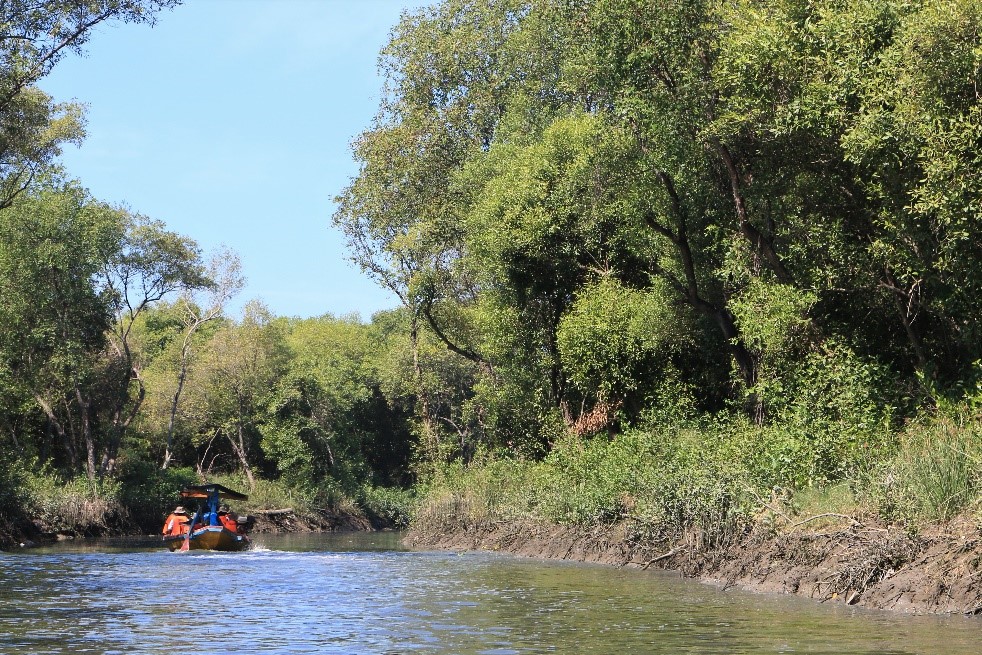 A boat-ride sails tourists through the mangroves. 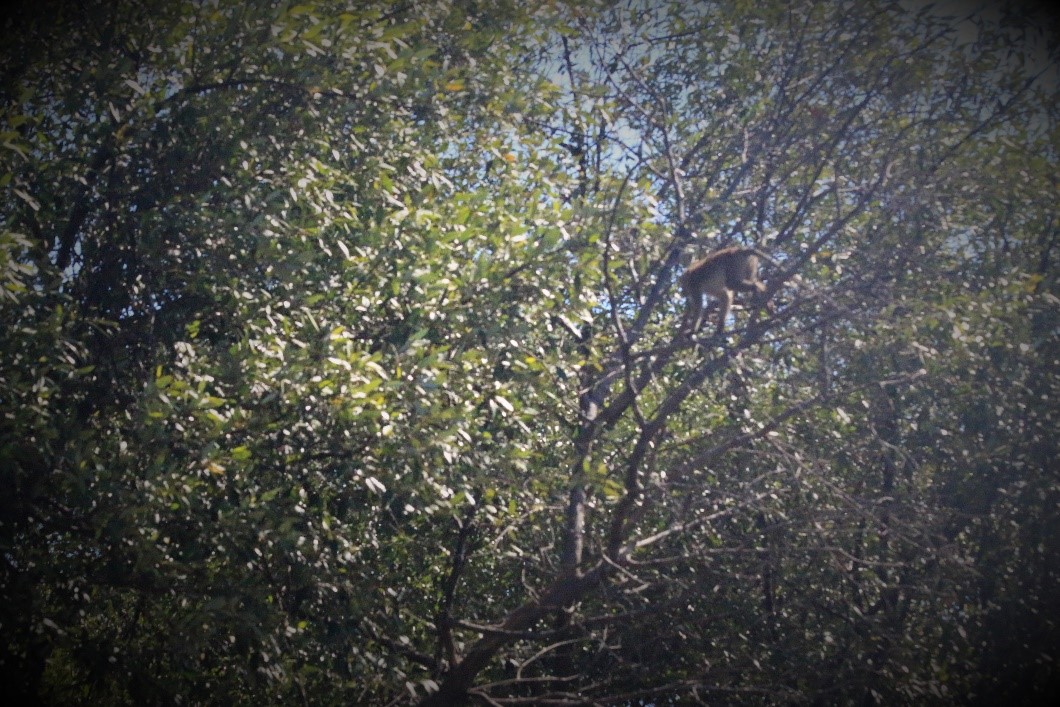 Long-tailed monkeys have made a home in the protected mangrove forests. 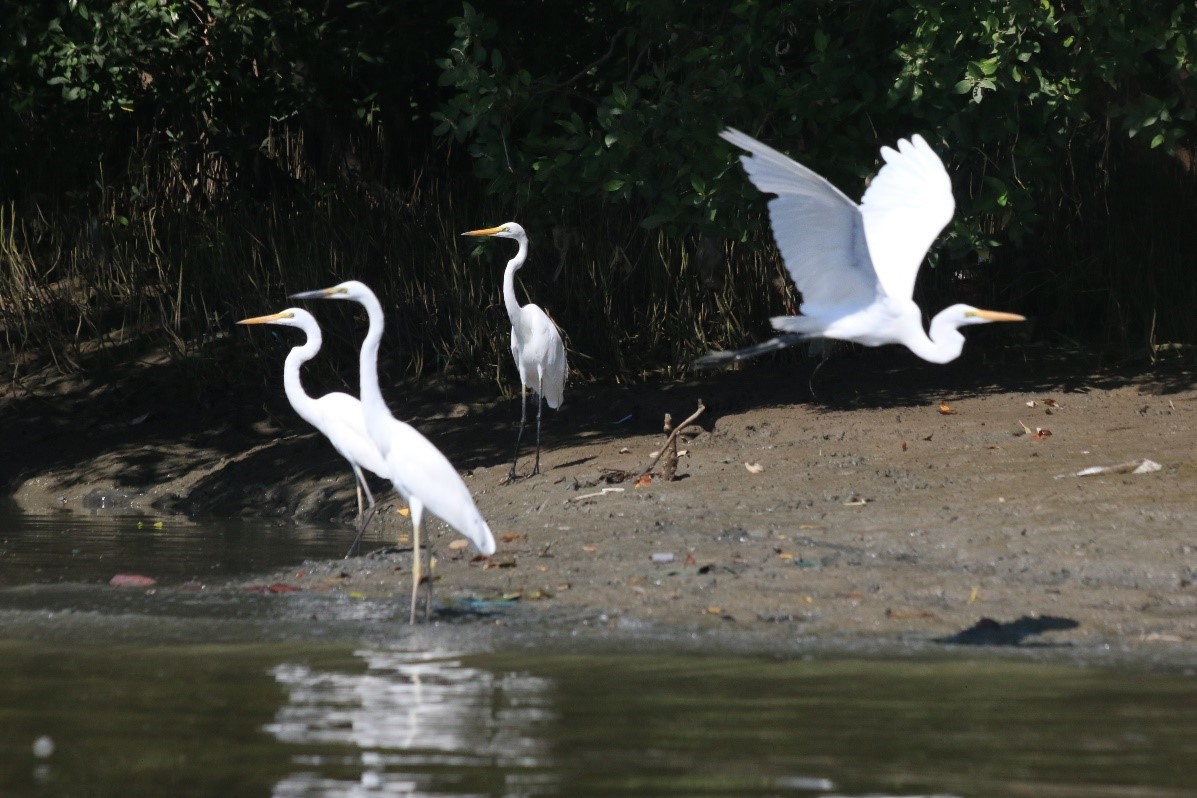 The mangrove forests also provide a sanctuary for birds.

Surabaya remains firm in its resolve to maintaining and improving its community-led waste management practices, and fully transitioning into a sustainable city. The experience of Surabaya proves that concerted effort from governments and local communities can effectively address environmental concerns. With persistence and creativity, no waste challenge seems to stand in the way of the ambition of Surabayans and their dedication to preserving their natural environment.