ICM in Preah Sihanouk Province, Cambodia, a member of the PEMSEA Network of Local Governments 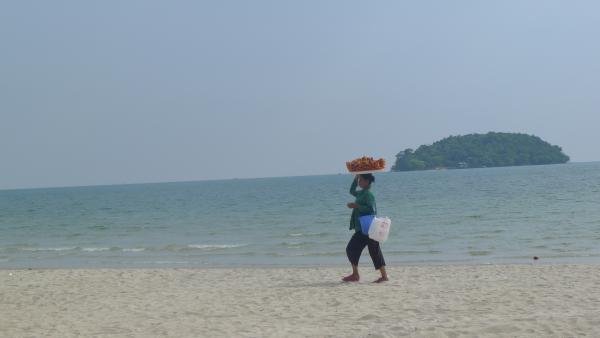 The PEMSEA Network of Local Governments (PNLG) brings together sustainability-minded local governments from throughout the region, allowing them to share knowledge and experience, enhance their local capacity, strengthen multi-stakeholder engagement, and cooperate with each other. Using and enhancing integrated coastal management (ICM) throughout all levels of government along our coastlines contributes greatly to ensuring a sustainable future for the seas of East Asia.

One member of the PNLG is Preah Sihanouk Province, which lies along the Cambodian coast. Its diverse coastline and islands include both the country’s only deep-sea port and the country’s first marine natural reserve. To ensure development is sustainable as the economy of the province grows, the Provincial Government of Preah Sihanouk implements the ICM framework for the sustainable development of the province’s coastal and marine areas.

Preah Sihanouk Province started implementing ICM in 2001 when the province then the Municipality of Sihanoukville was selected as one of PEMSEA’s demonstration sites for local level implementation of ICM program in the EAS region. Since then, Preah Sihanouk and PEMSEA together with the Ministry of Environment of Cambodia and other partner organizations have continuously worked together to strengthen local capacity, improve policies and institutional mechanisms, and implement on-the-ground activities addressing various priority concerns in the coastal and marine areas, including disaster risk reduction and climate change, habitat protection and restoration, fisheries and livelihood management, water use and supply management, and pollution reduction and waste management.

Currently, PEMSEA is implementing the GEF/UNDP SDS-SEA Scaling Up Project in eight (8) countries, including Cambodia. Under this project, ICM program implementation in Preah Sihanouk Province is supported through specific activities on capacity and institutional strengthening, habitat protection, fisheries and livelihood management in Kampong Smach and Koh Rong Archipelago, and pollution reduction and waste management in Sihanoukville. 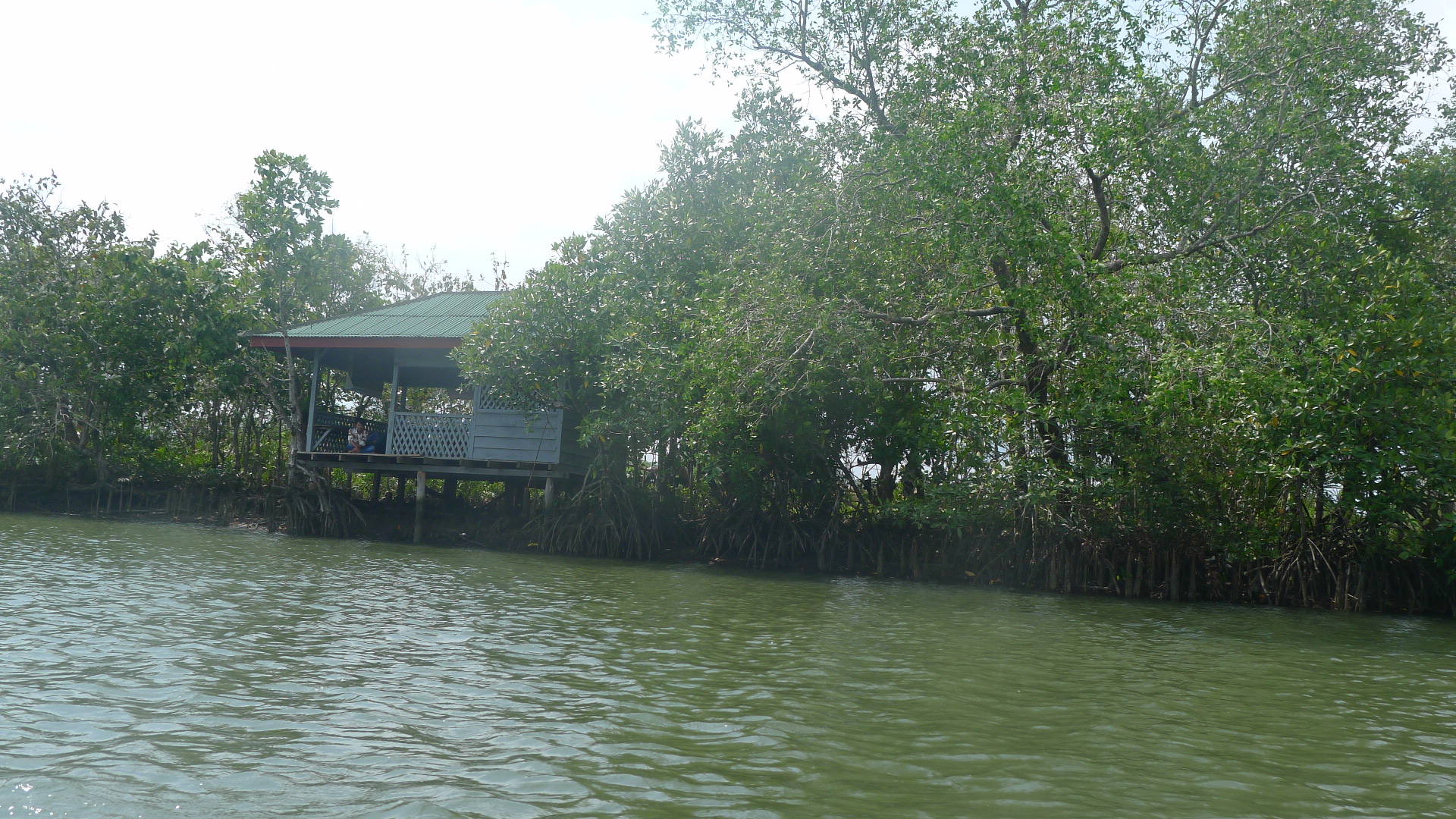 Buildings in Kampong Smach exist among the mangroves

Many communities in the province continue to rely on the ocean for their livelihoods, and thus need productive and healthy coastline and fisheries. Kampong Smach is home to about 3,300 ha of mangroves and several important fishery species. About 6,557 families (32,665 people) lives in Kampong Smach in 2014. Kampong Smach has been identified as the next priority area to be declared as a Marine Fishery Management Area (MFMA) after Koh Rong.

As part of the effort establish Kampong Smach as a protected area, MFMA management plan has been drafted and six fishery communities have been established, which partners with the Fishery Administration and local authorities for the protection of the resources in the area.

Regular patrolling in the proposed MFMA area is important for monitoring and countering the various challenges facing the mangrove forests, which in turn threaten the livelihood of the communities. Members of the Chrolong community rely primarily on traditional fishing to support themselves. Illegal fishing using fine mesh nets and pollution resulting from dumped garbage damage their fishing areas and reduce the fish population.

The Ambu Khmao community is similarly reliant on fishing, with 100 of its 128 families involved in small-scale fishing. In addition to similar challenges around illegal fishing, Ambu Khmao’s fishing grounds area also threatened by illegal mangrove logging, which removes vital habitat for the fish population. 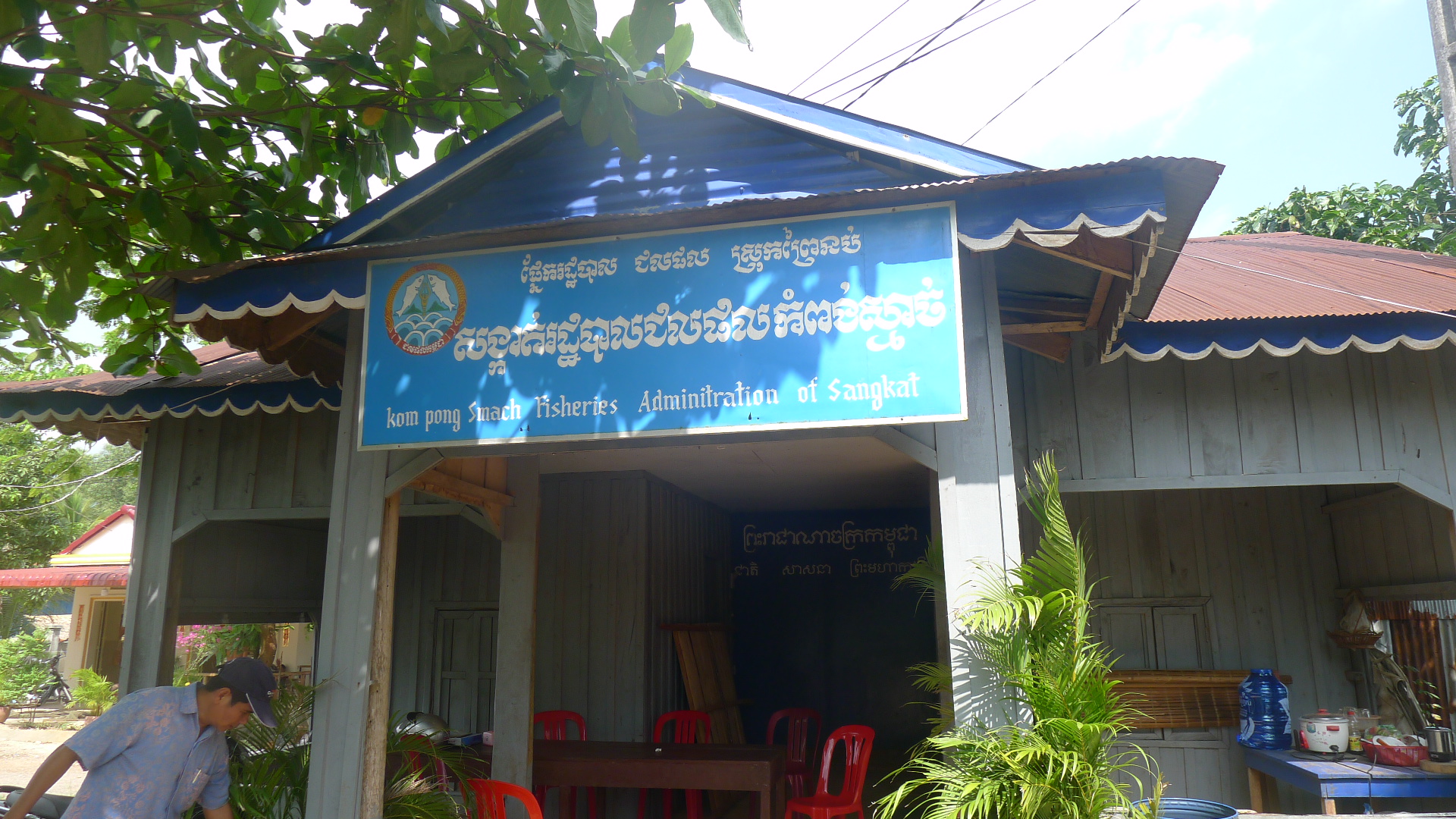 To address these challenges, the Fishery Administration, with only five staff in the district, teamed up with the fishery communities to patrol the mangrove areas at least five times a month. Other partners include PEMSEA, CORIN, and REDD+, who provide guidance and funding. Since this action began, crab and fish catch has increased, and the communities have grown more aware of the importance of their local ecosystems.

Individual plans drawn up for each community have been integrated into a management plan for the entire Kampong Smach. As part of the setting up of the marine fisheries management area (MFMA), zonation of the area has been developed. Zone uses include traditional fishing, multiple use, and no-take. Socioeconomic considerations guide these decisions alongside ecological ones. To further support the livelihood of the communities in Kampong Smach, the Provincial Government is working towards its establishment as an ecotourism site.

An area that has already shifted from a fishery-reliant community towards being more eco-tourism focused is Koh Rong. The Koh Rong and Koh Rong Sanloem archipelago is the site of the country’s first Marine Fisheries Management Area, which in 2018 became Cambodia’s first established marine national park. This focus has led to investment, such as tourism promotion and better documentation of its rich and diverse wildlife.

Across its islands, the archipelago is home to over 3000 people. Three fishery communities have been established in the archipelago, which partners with the Fishery Administration and local authorities to patrol and monitor illegal activities within the protected area.

In Koh Rong Sanloem, the Koh Rong Sanloem Fishery Community was established by law by the Ministry of Agriculture and Fisheries in 2005 for the main purpose of protecting resources and promoting tourism as an alternative livelihood. This has caused a dramatic shift for the community, which was previously reliant on traditional fishing. While ninety percent of the 139 families in the community were involved in fishing in 2005, now only five families are, and not as their primary economic activity.

Families now work in the growing eco-tourism industry, catering to an increasing number of tourists who come to see the coral reef and seagrass beds of the island. This industry has contributed to the community achieving a higher income than when it relied on just fishing. Awareness of the importance of the ecosystem is growing, and behavioral changes such as on proper waste disposal are evident. 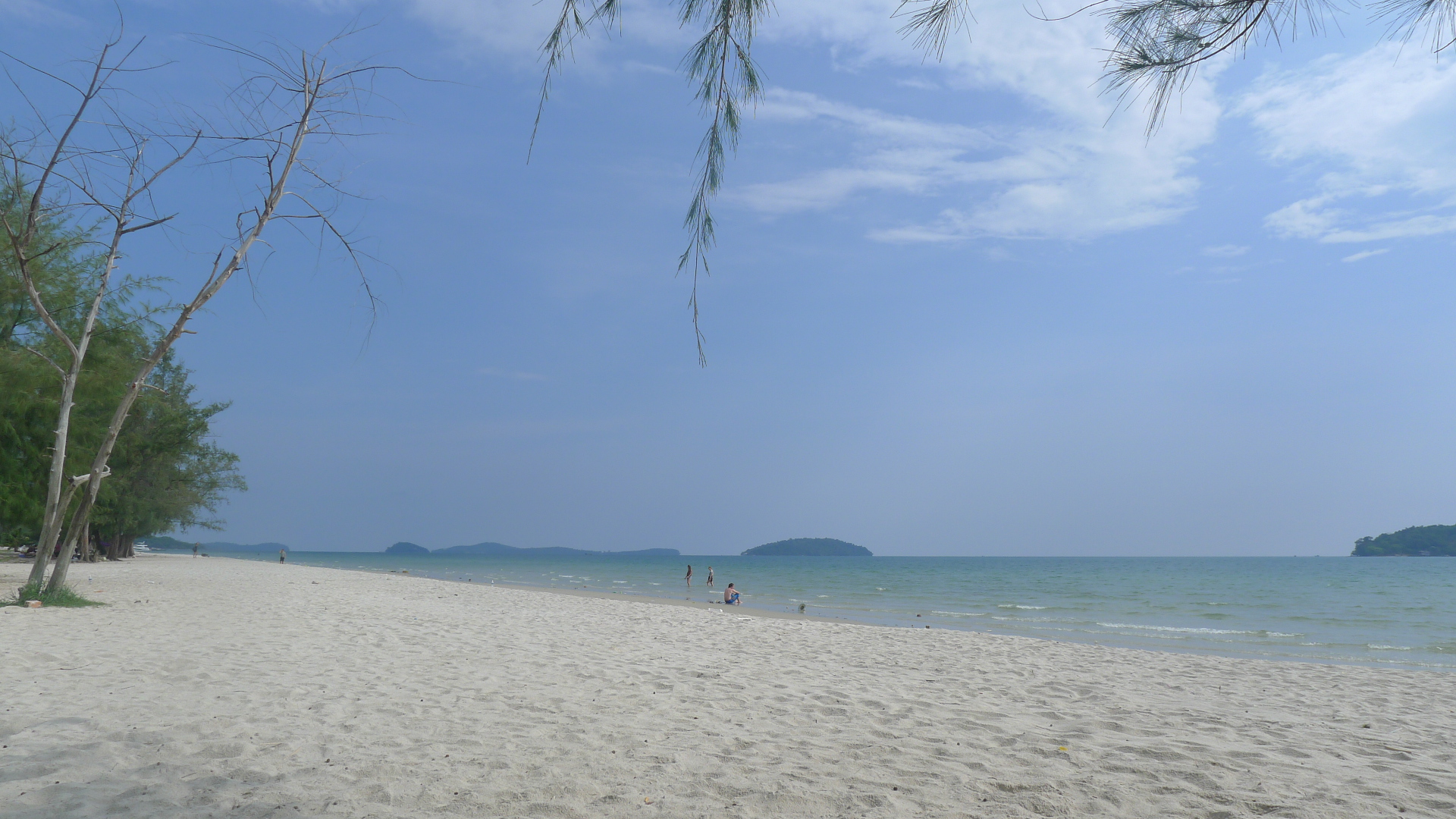 The establishment of the marine protected area considers not only the conservation and protection of marine resources, but takes into account the needs of local communities. For communities in the archipelago that continue to rely on fishing as their primary source of income and sustenance, the establishment of the protected area will improve their catches by increasing protection for the reefs and allowing denuded reefs time to recover.

Each fishery community in the archipelago has its own area of responsibility, and patrols occur 7-20 times a month, depending on need. These patrols help monitor and manage the use of the different areas, and monitor encroaching of fishers from outside the island.

The establishment of Koh Rong Archipelago as a Marine National Park is expected to not only improve the health of coastal and marine areas, but upland areas as well.

Progress towards a more sustainable future 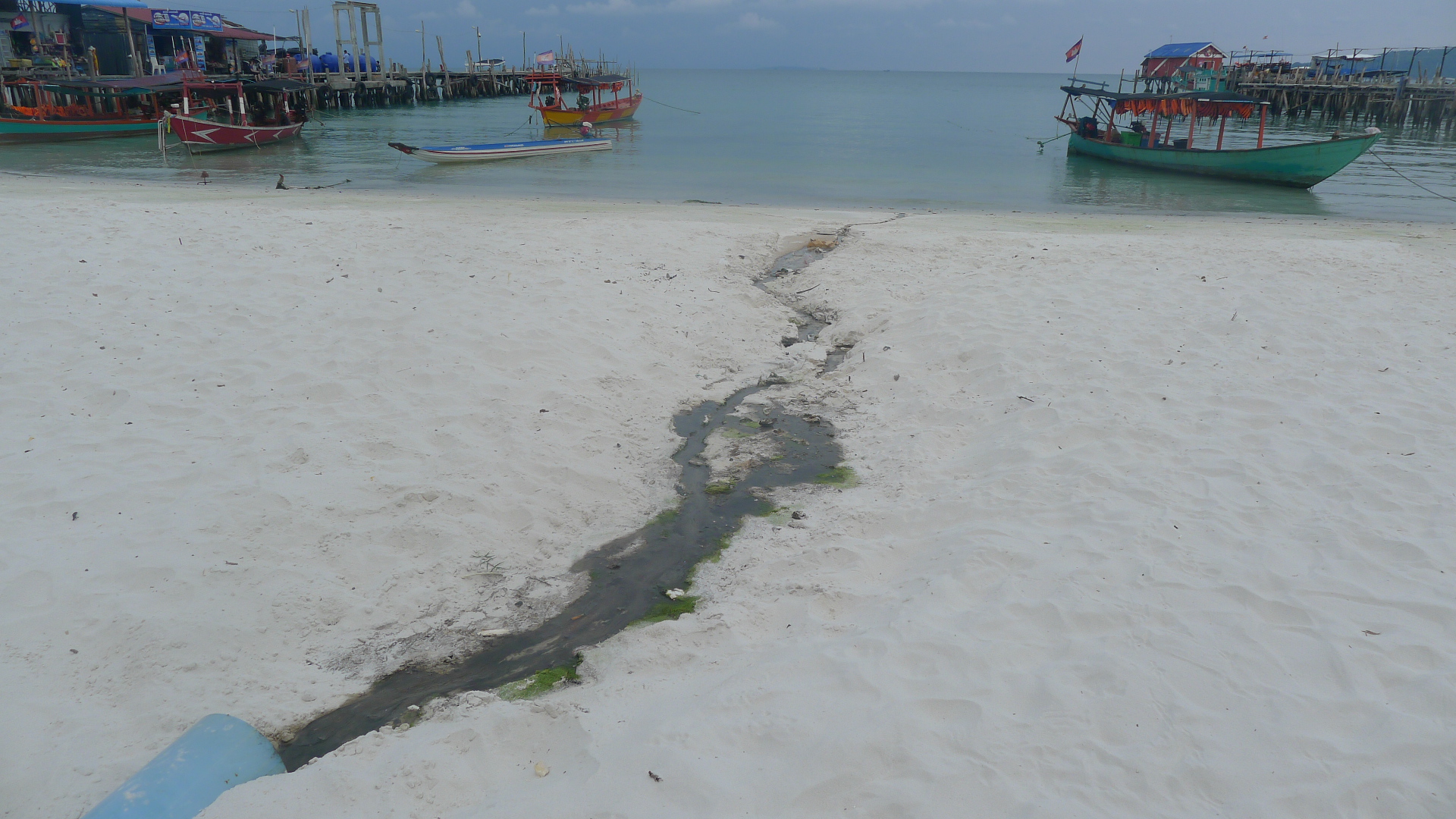 The province is continually working towards further improvement of its ICM program, and to addressing pressing issues in its coastal and marine areas. Apart from habitat protection, fisheries and livelihood management, the province is puts great effort into addressing solid and liquid waste. With an influx of investments in the recent years, pollution reduction and waste management has improved, for example through the strengthening of local capacity for water quality monitoring.

Seeing the improvements in their livelihoods, many in the communities are now significant supporters of coastal management initiatives. Some have expressed a willingness to share their experiences with other communities in Cambodia. Replicating these and similar experiences throughout the seas of East Asia will be a valuable contribution to securing a healthy ocean that works for the protection of the resources and the well-being of the communities. 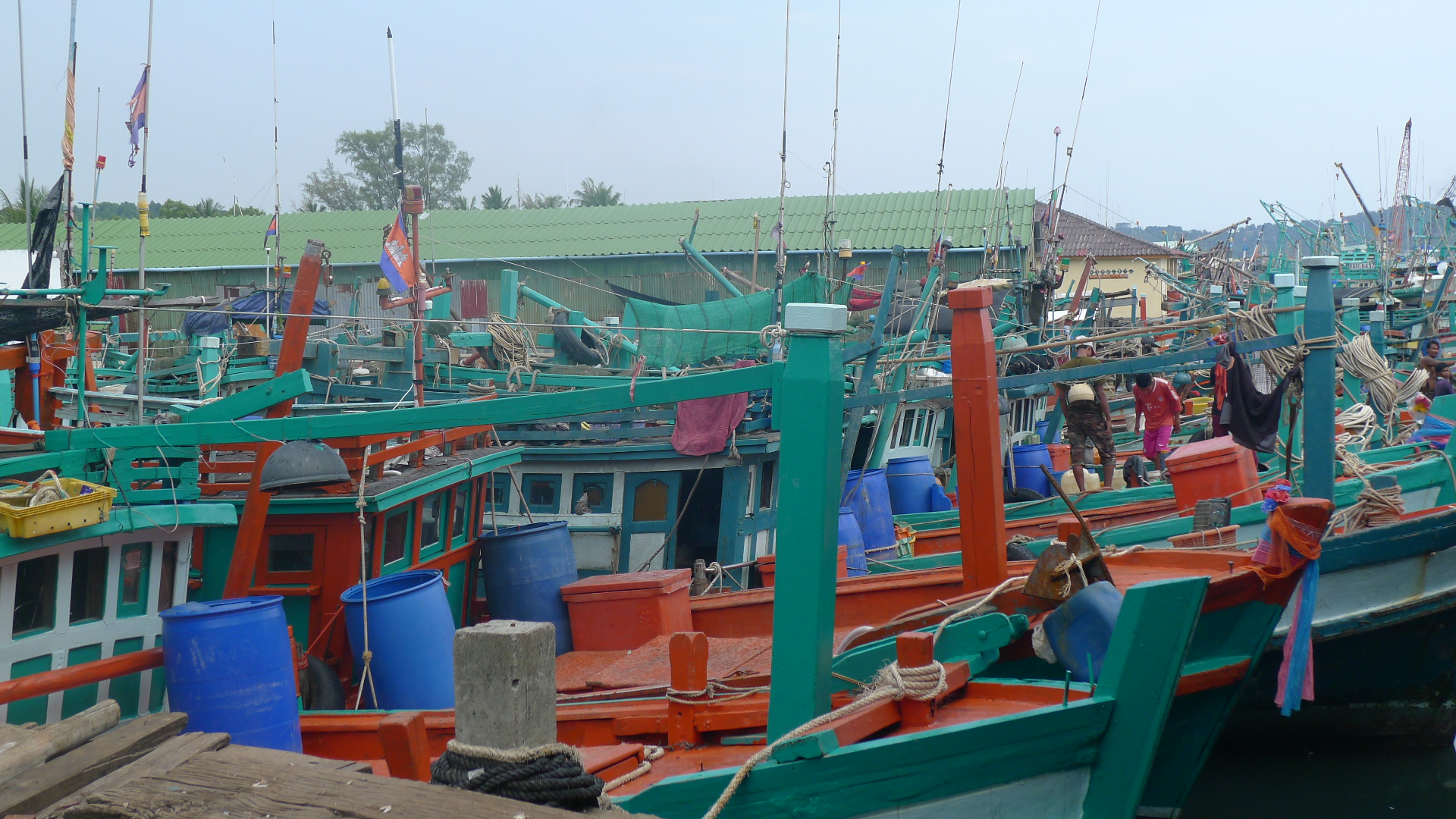