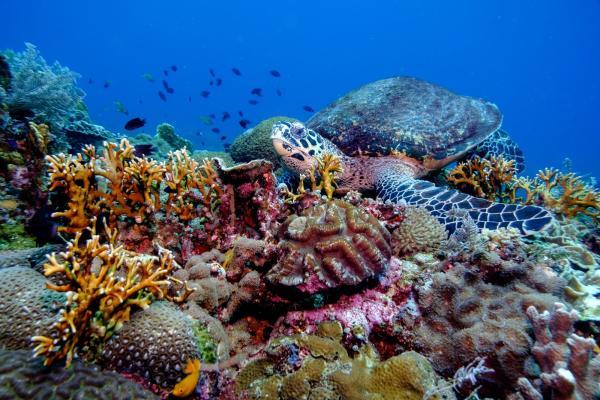 There’s more to the wildlife and seascapes of our oceans and coasts than the vibrant diversity of colors and life they create. The ecosystems supported by our oceans and coasts provide a large percentage of the oxygen we breathe, the food and nourishment we need, and help in regulating our climate.

This year’s World Wildlife Day highlights the critical issues and the value of marine wildlife to everyday life and celebrates the successful initiatives to conserve and sustainably manage species, with the theme, “Life below water: for people and planet”.

Given their importance, the region puts on considerable emphasis on the conservation and sustainable management of the oceans and coasts, sharing global concerns about habitat degradation and the loss of marine wildlife. Many of the region’s efforts to conserve and sustainably manage marine wildlife are anchored on the partnership and collaboration of local and national governments and other stakeholders through integrated coastal management (ICM), a system that has proved highly effective. 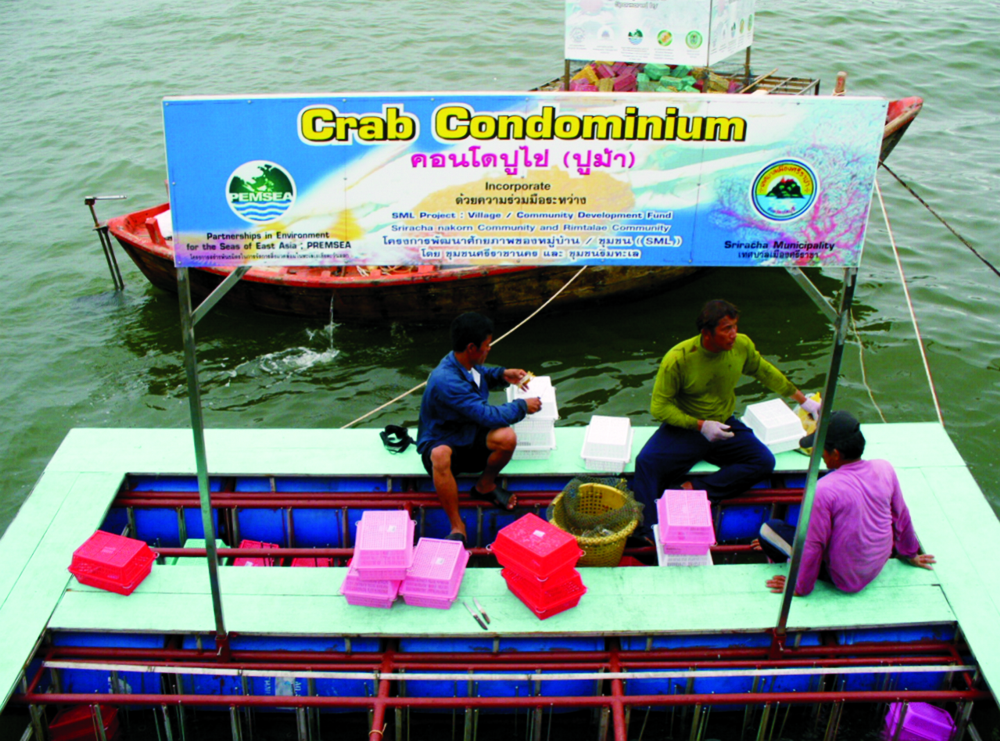 Local fisherfolk of Chonburi Province, Thailand, rely on a good harvest of blue swimming crabs (Portunus pelagicus) for their livelihood. However, in the late 1990s, crab numbers started to decline as a result of overharvesting, and environmental degradation.

Drawing inspiration from a local condominium development, fisherfolk in Sriracha Municipality designed a ‘crab condo’ using stack of baskets and floating rafts to protect female gravid crabs and allow them to reproduce before being caught and sold. This structure facilitates regular feeding of gravid crabs, removal of gravid crabs after release of eggs and maintenance of the structure.

Recognizing the role of local fishers in the project, the crab condo project started with a collaborative arrangement with local fishers to hand over gravid female crabs, maintain the structure, and sell the crabs only after releasing their eggs. With support from Chonburi Fisheries Association, PEMSEA, and Kasetsart University and the initiative from Sriracha Municipality, the first crab condo was demonstrated in Sriracha Nakhon Village. A year later, the grant awarded by the national government Small, Medium  and Large Villages (SML) Program helped finance increase in holding capacity and structure of the condo.

The spreading crab condo project grabbed the attention of media and visitors including students, neighboring fisherfolk and other local officials. Local government and fishers of Sriracha Municipality used this as an opportunity to promote marine conservation, and provided visitors with hands-on experience in releasing the young crabs into the wild. 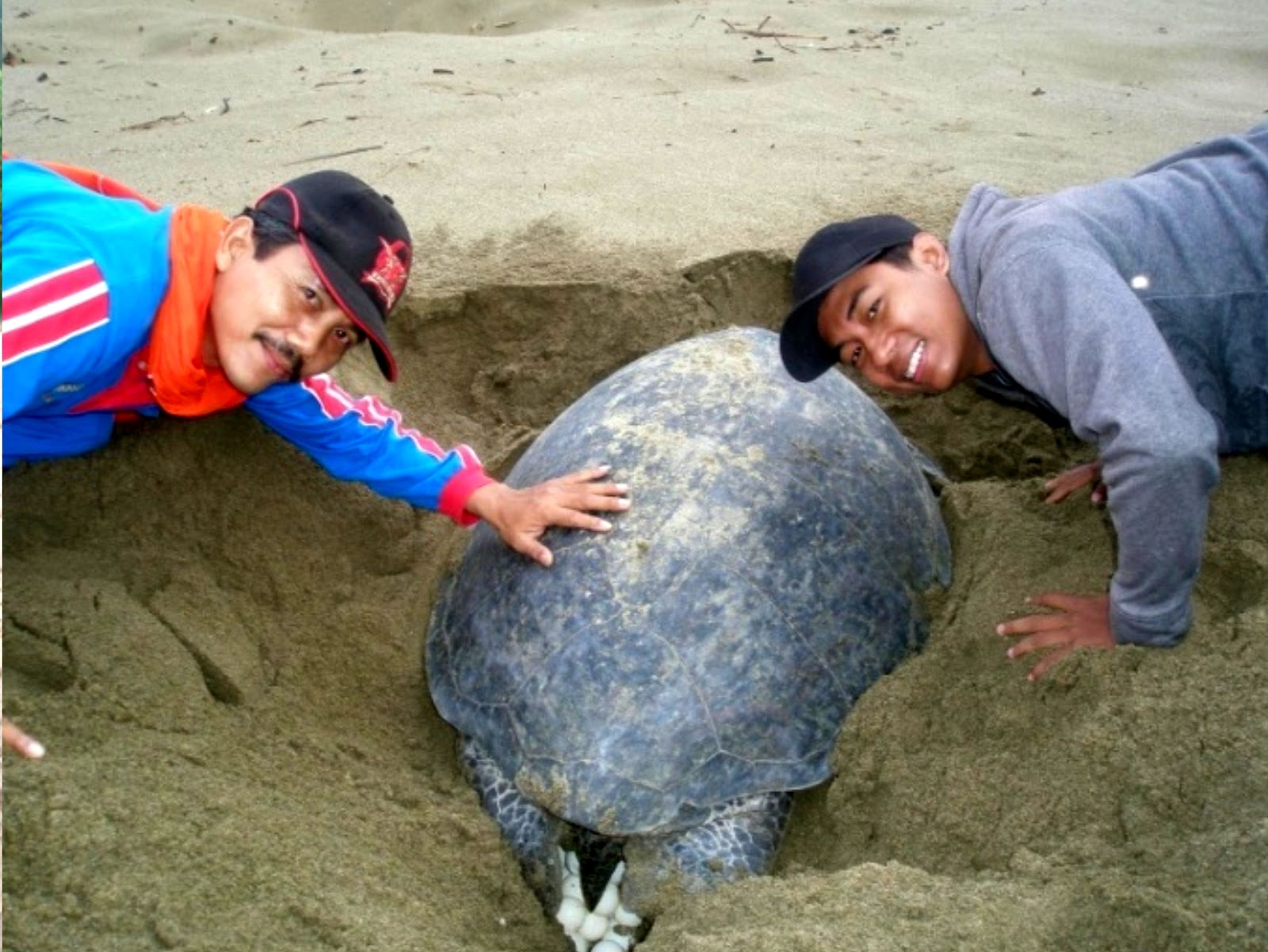 Pangumbahan Beach, situated along the Indian Ocean coastline of Sukabumi Regency, Indonesia, is among the 30 known locations in the world for green sea turtle (Chelonia mydas) population nesting. Unfortunately, this turtle population is threatened by rampant turtle egg collection, as well as habitat destruction caused by tourism development and sand mining. To ensure the survival of these animals, the local government of Sukabumi Regency developed and implemented a turtle conservation program as part of their ICM program.

The Pangumbahan Coastal Park and Turtle Conservation Center began with the establishment of a core technical team consisting of personnels from local government and a non governmental organization. Awareness, education and consultation were then conducted to local communities to aide in the development of policies and mechanisms for the center. The communities and other stakeholders also became involved in alternative sources of livelihood, mangrove planting, coral transplantation, and even monitoring of sea turtles. Private sectors were also tapped to sustain the operations of the center.

The creation of the Pangumbahan Coastal Park and Turtle Conservation Center brought increased awareness of the turtles’ plight to the public. Parallel to establishing the conservation area, the local government undertook community empowerment programs, developing alternative sources of livelihood for local people engaged in coastal conservation activities. Regulated ecotourism meant that the turtles brought direct value to local communities, reducing pressure to poach their eggs and investing the community in the turtle’s long-term survival. Visitors to the beach are allowed to observe egg-laying, and even participate in the release of young turtles into the ocean. 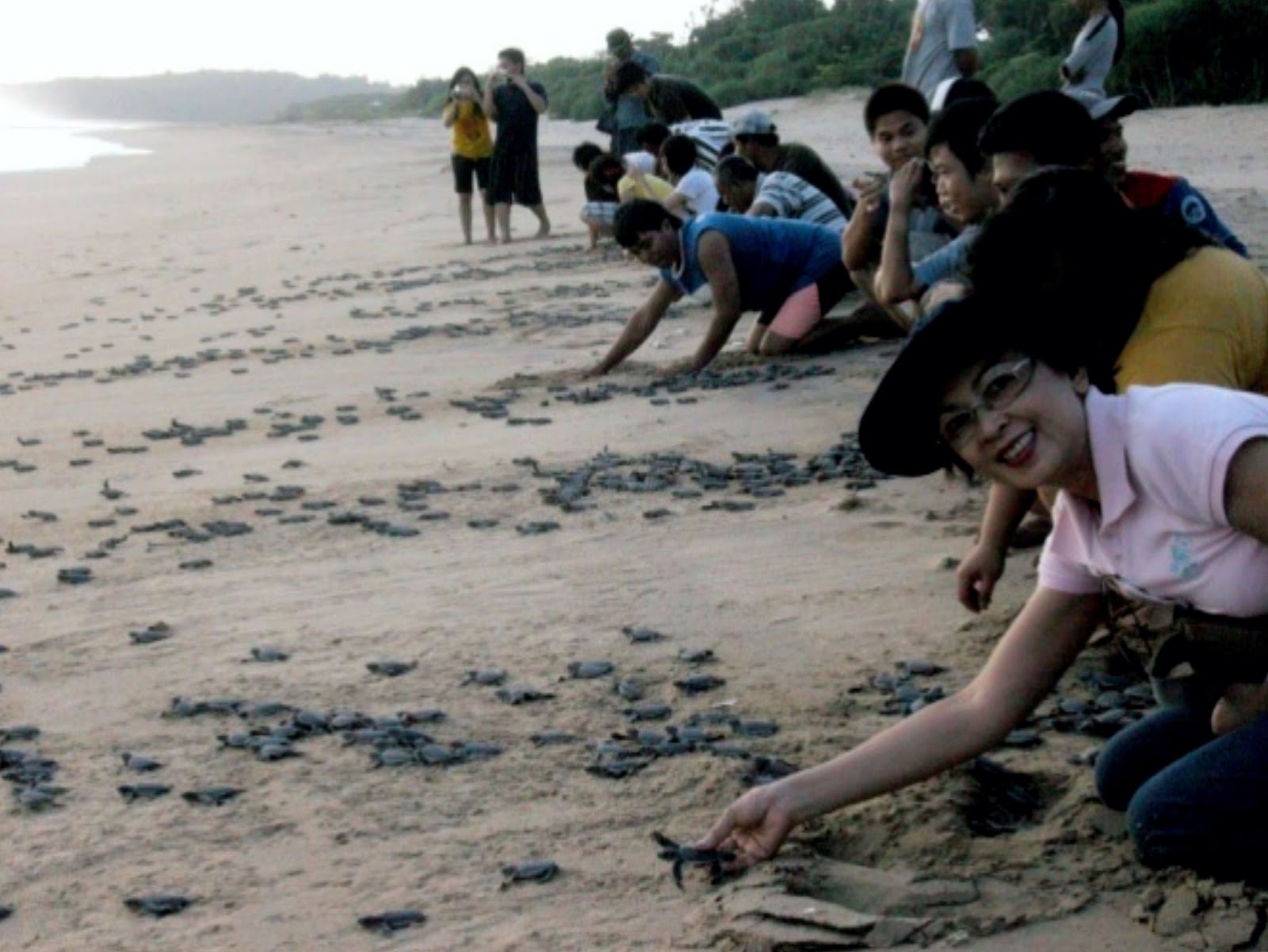 The cases of both Chonburi and Sukabumi emphasize the effectiveness of partnerships between local government, communities, and other stakeholders in marine conservation. The blue swimming crabs in Chonburi has become sustainable for the local fisherfolks because of the active involvement of local communities and the technical guidance and financial support from government agencies and other sectors in the crab condo project. The green sea turtles in Sukabumi Regency are well protected, thanks to the local government’s initiative of implementing a decree and the active involvement of communities and other sectors in the consultations and other activities for the Pangumbahan Coastal Park and Turtle Conservation Center.