A National Inception Workshop was conducted on January 23 and 24 in Rayong, Thailand to kickstart the GEF/UNDP/PEMSEA Project on Scaling Up the Implementation of the Sustainable Development Strategy for the Seas of East Asia for Thailand (2015-2019).

The workshop was co-organized by the Department of Marine and Coastal Resources (DMCR) and the PEMSEA Resource Facility with support from the PEMSEA ICM Learning Center in Burapha University (BUU). 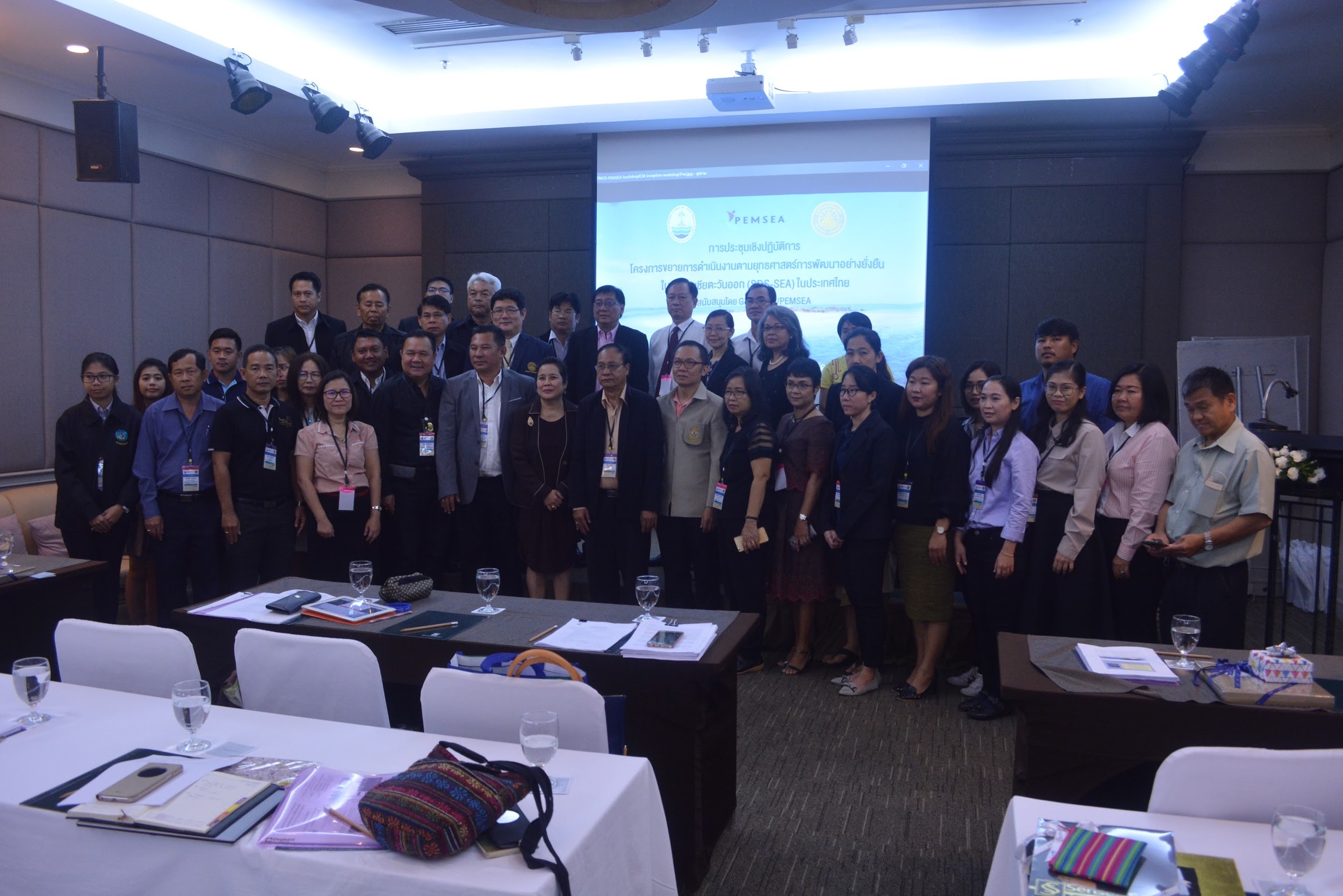 The Vice Governor of Rayong Province, Mr. Theerawat Sudsuk, delivered welcoming remarks to formally open the workshop. Also in attendance were the Dean of the Faculty of Science of Burapha University, Dr. Ekaruth Srisook, the Director of the Marine and Coastal Conservation Division, DMCR  Mr. Dhana Yingcharoen, and PEMSEA Country Programme Manager, Ingrid Narcise. Participants at the inception workshop reviewed the project’s priority targets, outcomes and outputs for Thailand. These priorities include Thailand’s initiatives to strengthen national coastal and ocean governance policies, legislations and institutional mechanisms. Other highlights include the development and implementation of ICM programs addressing priority issues at the local level and the establishment of capacity building, technical support and knowledge-sharing platforms and services in support of sustainable coastal and ocean management.

Furthermore, participants in the workshop presented developments in the preparation of the National State of the Oceans and Coasts report, implementation of the Framework Programme for Oil Spill Preparedness and Response in the Gulf of Thailand and development and implementation of Port Safety, Health and Environmental System in Laem Chabang Port.

Based on consultations at the national and local levels, the following pilot sites were confirmed to demonstrate the application of integrated coastal management (ICM) approaches to enhance the implementation of issue-specific management plans: 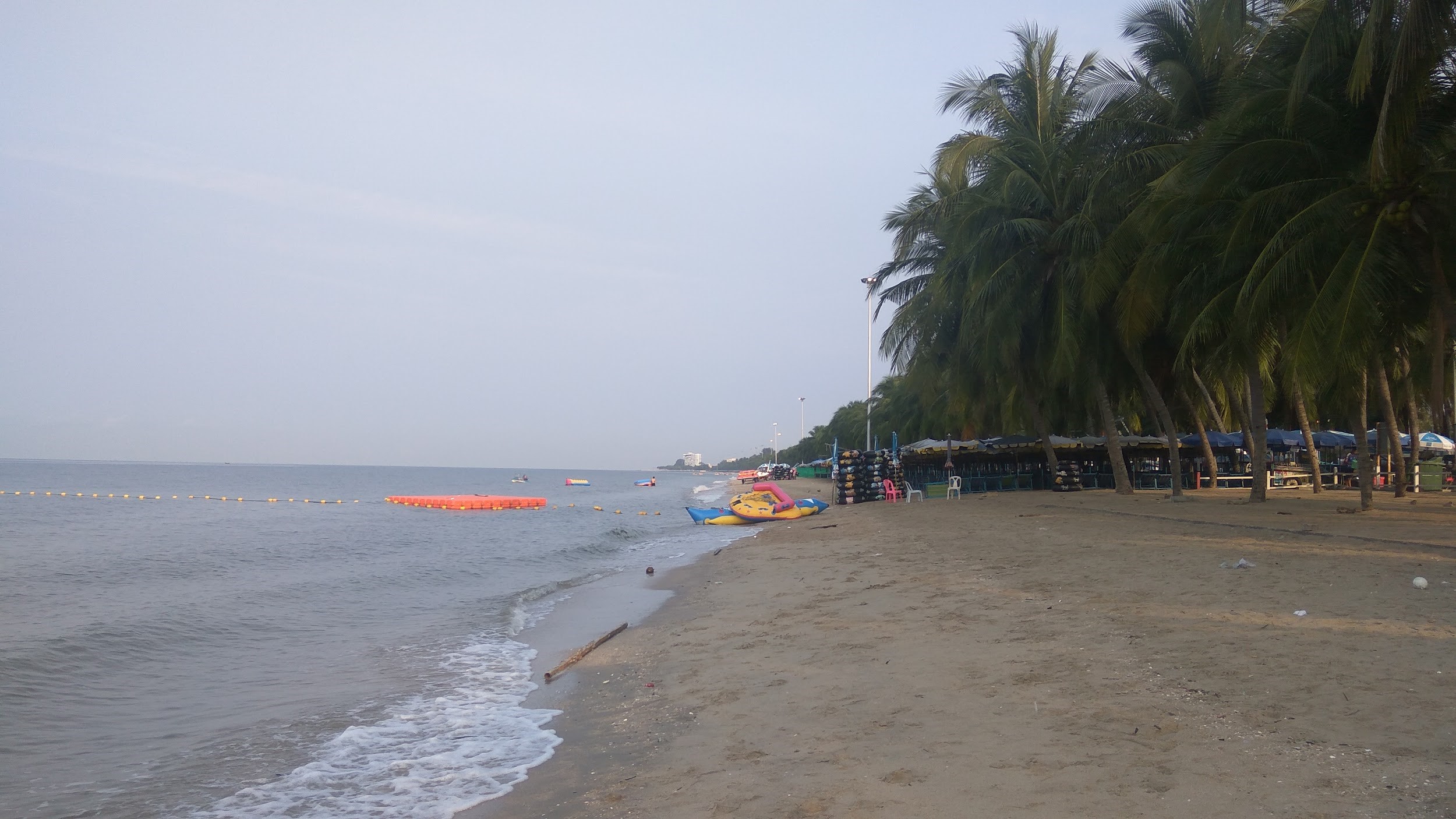 Bangsaen Beach in Saensuk Municipality, Chonburi’s ICM pilot site, is a popular weekend and vacation destination for both local and foreign tourists. However, it is currently suffering from coastal erosion and is prone to oil spills from unknown sources. To address these issues, the municipality will focus on applying ICM to improve disaster risk reduction and management considering climate change impacts, including coastal erosion management and local oil spill preparedness and response

The DMCR and BUU team will conduct a follow-up meeting in the pilot sites to confirm the priority issues. Based on workshop discussions and follow-up confirmation meetings, ICM work plans will be prepared for further development with the relevant local governments. This key output will be finalized by March, for project initiation in the sites by April.

These initiatives contribute towards the sustainability of Thailand’s coasts and oceans through integrated management of natural and man-made hazards, climate change impacts, pollution and marine resource conservation and rehabilitation.