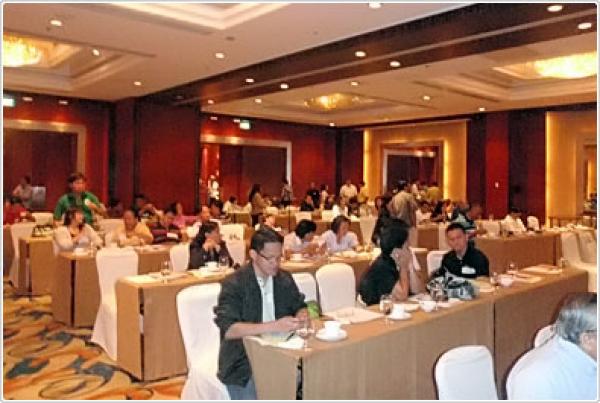 Manila, Philippines — Last 23 February 2011 saw a gathering of local government representatives surrounding Manila Bay for a workshop entitled "ICM Implementation and Opportunities for Public-Private Partnerships (PPP): Supporting the Implementation of the Operational Plan for the Manila Bay Coastal Strategy." The event was attended by more than 60 participants.

The workshop provided an opportunity for the local government representatives to report on progress made in the implementation of their integrated coastal management (ICM) action plans and to identify strategies for moving forward. Also, the workshop was an opportunity to raise awareness on how PPPs through Corporate Social Responsibility (CSR) can provide benefits to on-the-ground implementation of priority management programs of local governments.

Mr. Noel Gaerlan, Executive Director of the Manila Bay Coordinating Office (MBCO) of the Philippines' Department of Natural Environment and Natural Resources (DENR) opened the workshop and expressed his appreciation to those in attendance, particularly the representatives from the local government units in the Manila Bay region.

Mr. Raphael P.M. Lotilla, Executive Director of the PEMSEA Resource Facility (PRF) also welcomed the workshop participants, and set the context for the workshop, providing an overview of the importance of the Manila Bay region to the country's economy, and the urgency regarding the rehabilitation of the resources and resource services of Manila Bay.

A highlight of the workshop was a presentation by Ms. Malou Erni, Petron Foundation's Executive Director. The presentation was entitled "How Corporations Can Contribute to the ICM Initiatives." Ms. Erni gave an overview of the different ICM initiatives Petron has been involved in for Guimaras, Boracay, and Bataan, and cited the different areas where corporations can be the catalyst for an ICM program. She stressed that in "selling" ideas to corporations, one must focus on the triple-bottom-line: Economic, Social, and Environmental.

At the end of the workshop, a series of steps were planned for the next few months, in preparation for the Manila Bay Summit and the launching of ICM scaling up programmes around the Bay. This included the organization of an orientation of the local chief executives around Manila Bay, in partnership with the DENR; the hosting of a writeshop by PEMSEA to aid the LGUs in the finalization of their flagship project briefs; the co-organization of a PPP Roundtable with DENR for the local government units (LGUs) and private sector, to provide an opportunity to present the flagship projects and initiate PPP arrangements; and organization of a Manila Bay Summit for government and business leaders, nongovernmental organizations (NGOs), financial institutions and donors for the launching of the five-year work programme of the revised OPMBCS or the Operational Plan for the Manila Bay Coastal Strategy.

In keeping with the action steps outlined after the workshop, Executive Director Lotilla, the PRF staff and representatives of DENR Region III visited the governors of Bulacan and Pampanga to brief them on their region’s role in the OPMBCS and the ICM initiatives in their areas. Two weeks after the workshop, PEMSEA was able to host a writeshop to assist the LGUs on the development of their flagship project briefs for the corporate sector. These proposals are currently in the process of being finalized with the assistance of technical staff from PEMSEA, in preparation for the PPP Roundtable. Plans are also underway for the Manila Bay Summit where multisectoral initiatives will launch the five-year work programme of the revised OPMBCS. The foregoing shows that PEMSEA is continuing in its efforts of initiating PPP arrangements between the government and the private sector through CSR, and that it continues to strive to build interagency, intersectoral, and intergovernmental partnerships for achieving the sustainable development of the Seas of East Asia.