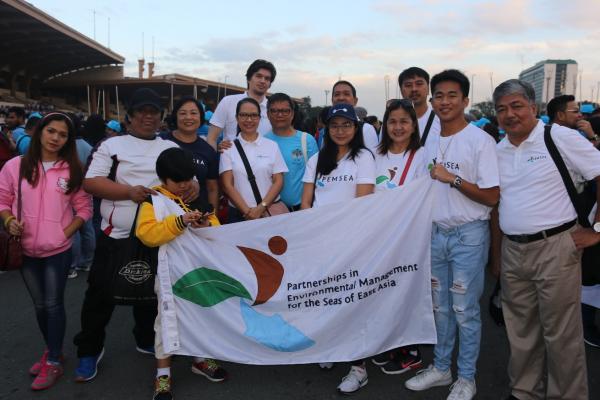 Led by PEMSEA Executive Director Aimee Gonzales, PEMSEA staff joined the solidarity walk held 27 January to support the launch of the Manila Bay Clean-up, Rehabilitation and Preservation Program (MBCRPP). Together with some 5,000 participants from government and non-government organizations, agencies, academe, students, civic and religious groups, they walked from Quirino Grandstand to the Baywalk area along Roxas Boulevard, with Manila Bay to their right.

In light of the Supreme Court mandamus to clean up Manila Bay, the MMCRPP aims ultimately to restore Manila Bay as a healthy and productive body of water, to the point where it is fit for use for recreational activities. Led by Environment Secretary Roy Cimatu, the MBCRPP involves numerous national government agencies, as well as local governments in Metro Manila and provinces within the Manila Bay watershed.

One immediate goal is to reduce coliform levels in the bay and its connecting estuaries and creeks. Currently, the average fecal coliform level in the bay is 3.3 million times above 100 most probable number (MPN) per 100 milliliters, which is a safe level for swimming. The DENR targets a reduction of coliform levels by 5 million MPN/100 ml every month. Other priorities include ensuring business establishments comply with environmental regulations and improving solid waste management. Manila Zoo has already been closed until it installs water and sewerage treatment facilities. 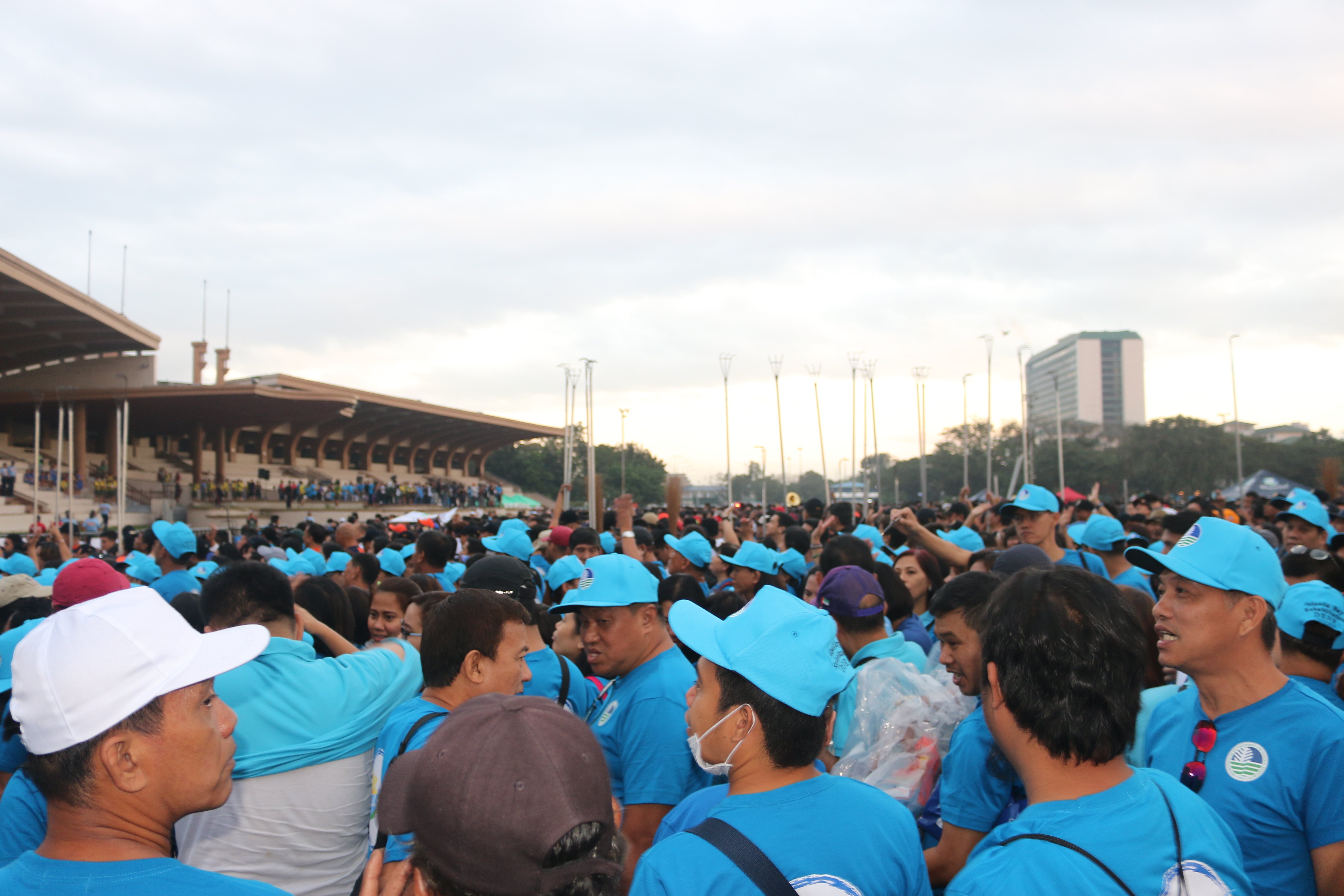 Thousands of people assembled for the march.

PEMSEA has long been working on pollution and waste management in some of the East Asia’s pollution hotspots. The Manila Bay area is highly threatened by a variety of factors, including a rapidly expanding nearby population, pollution from land- and sea-based sources, over and illegal fishing, uncontrolled development, and habitat destruction. In partnership with different sectors, the Operational Plan for the Manila Bay Coastal Strategy, the Manila Bay Oil Spill Contingency Plan, the Coastal Use Zoning Plan of Bataan, and the Integrated Environmental Monitoring Program have all been adopted in past years. Today, PEMSEA continues to provide partnership and technical services to different stakeholders to address concerns on pollution and waste management.