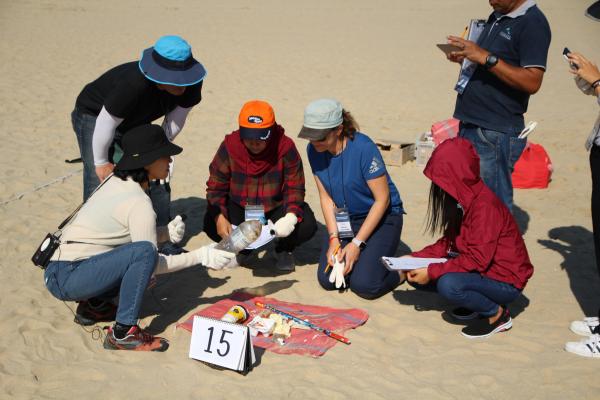 Addressing marine plastic pollution, a growing global concern threatening the health of marine environment and damaging coastal communities, is among the top priorities of the current global ocean agenda.

The majority of plastic entering the oceans come from five rapidly growing economies in East Asia: China, Indonesia, the Philippines, Viet Nam and Thailand. Together, these countries account for approximately 55-60% of the annual plastic litter entering the marine environment.
Marine plastic debris is a visibly growing issue, caused by littering on land, leakage from waste management systems, and the dumping of plastics directly into the oceans. Ghost fishing nets, throwaway single use plastics such as strawsand sachets, and other plastic waste poses severe threats to marine wildlife through the risks of entanglement and ingestion. The deaths of an estimated 100,000 marine mammals are caused by plastic pollution each year.

Smaller plastic pieces, known as microplastics, are less visible but no less damaging. Microplastics include both purposefully manufactured small pieces of plastic, such as the microbeads made of manufactured polyethylene plastics used in health and beauty products, and small plastic fragments that result from the degradation of larger plastic debris. Microplastics found in seafood and drinking water may pose direct threats to human health. On current trends, microplastic pollution may increase by up to 80 times by 2100. 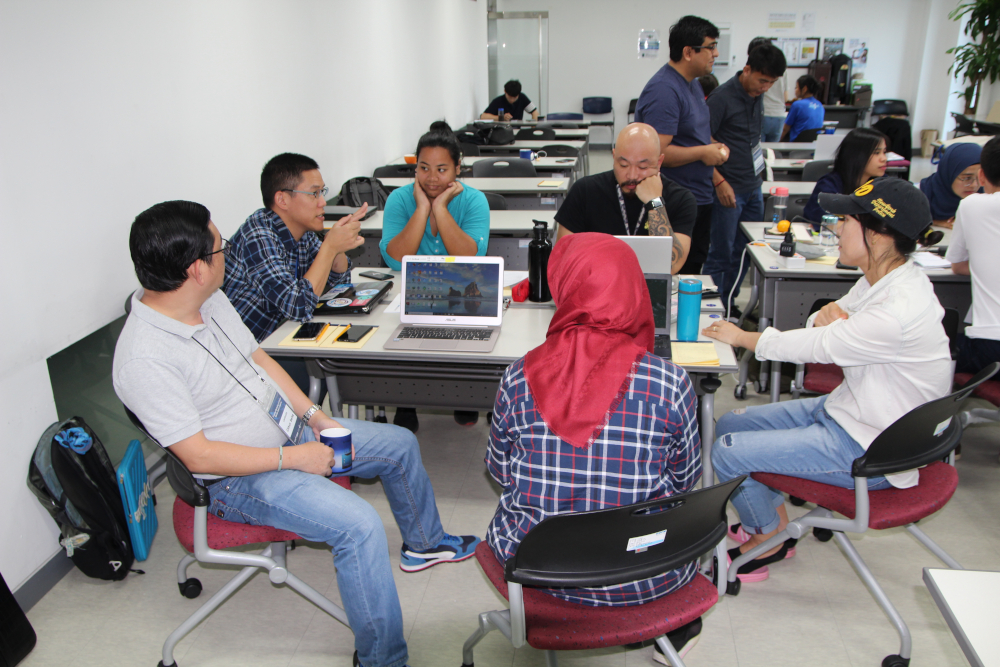 In light of the growing prominence of the issue on microplastics in the region, representatives from PEMSEA Partner Countries gathered in Busan, RO Korea, for two events: an International Symposium on Marine Microplastics, and a Training Workshop to Foster Marine Debris Experts.
The symposium aimed to provide a venue to share experiences and best practices regarding technology, regulation, and management practices that aid in assessing the extent of existing microplastic pollution and researching potential threats posed by its increase. The training workshop aimed to build capacity in the region, by introducing trainees to the methodology developed to assess marine debris in RO Korea, as well as sharing knowledge about the status of marine debris causes, awareness, and regulation in the trainees’ countries.

The Korea Institute of Ocean Science and Technology (KIOST), known for their pioneering scientific research and management practices regarding marine debris and microplastic, co-organized both events. Key experts from KIOST and other institutions from RO KOREA discussed their scientific perspectives and approaches on plastic-related issues. Topics included a) sampling and analytical methods, b) toxic chemicals and other environmental impacts associated with marine plastic litter, c) source and input pathways of plastic to the ocean, and d) methods and experience in cleaning up marine plastic pollution.

Both events included interactive field demonstrations on Songdo Beach, wherein attendees were able to experience first-hand some of the world’s most up to date monitoring and assessment practices to assess shore-based marine debris and microplastic pollution. 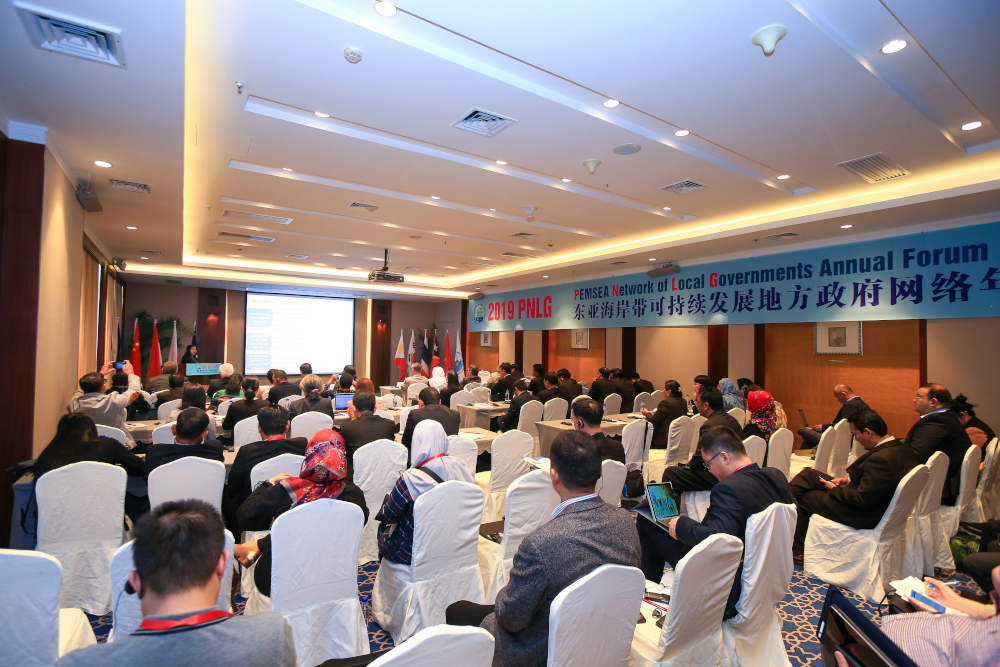 PEMSEA and its partners have begun launching initiatives targeted directly at combatting marine plastic pollution in the East Asian Seas region. The Marine Debris Initiative of the PEMSEA Network of Local Governments for Sustainable Coastal Development (PNLG), which was presented during the PNLG General Assembly in Xiamen, China, signaled an agreement between PNLG members to share practical experiences and strengthen inter-local government cooperation and collaboration in addressing marine debris pollution. 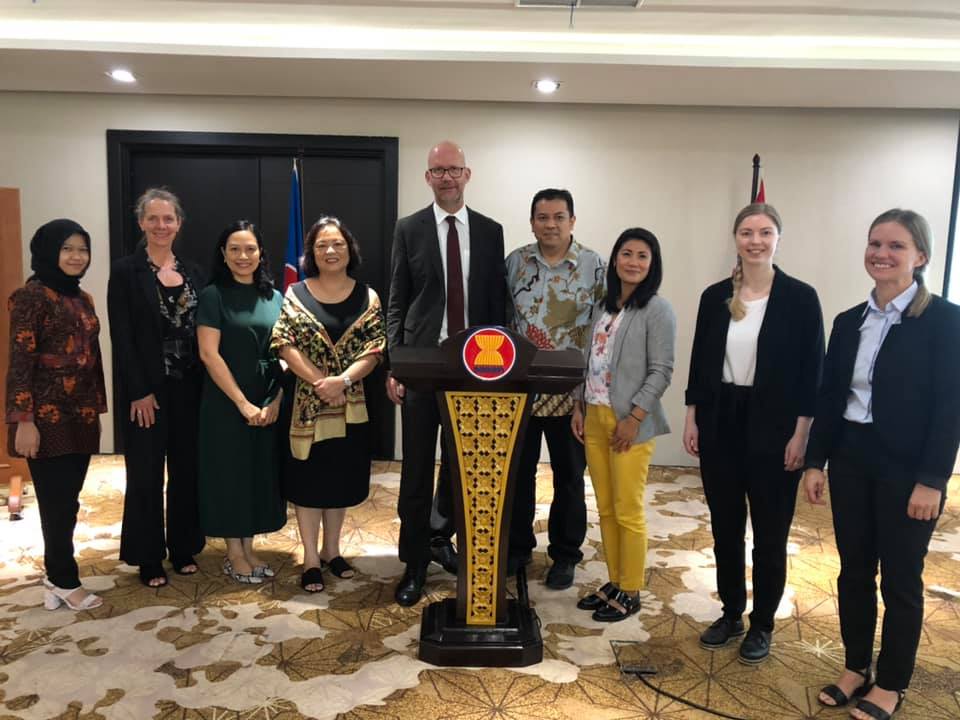 The ASEAN-Norwegian Cooperation Project on Local Capacity Building for Reducing Plastic Pollution in the ASEAN Region (ASEANO) 2019-2022, which is in its initial phase, looks to developing cost-effective and standardized methods of monitoring plastic waste in rivers and identify key sources of plastic leakage.

Separately, in partnership with Coca-Cola Foundation and Caritas Diocese of Imus Foundation, PEMSEA is beginning a Plastic Wastes Recycling Project in the Philippine Province of Cavite. This project aims to provide practical and sustainable solutions in the handling and disposal of recyclables and residual wastes, initially by converting plastic waste into armchairs and tables that can be distributed to public schools and other dioceses.

PEMSEA looks forward to building on these fruitful discussions, trainings and initiatives to combat marine plastics and microplastics pollution in the region, in partnership with its Country and Non-Country Partners.