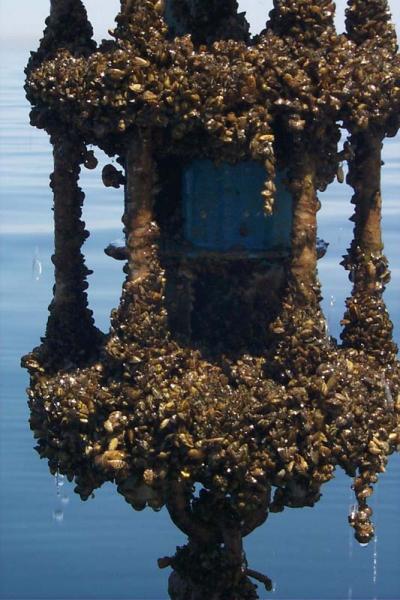 Biofouling, the attachment of living organisms to artificial surfaces, is a seemingly innocuous process that nonetheless threatens the health of the world’s oceans. The organisms can travel attached to shipping hulls and other equipment, thus entering new environments around the world as invasive species.

These invasive species can wreak havoc in the areas of environmental health, ecosystem services, fishing and aquaculture. Biofouling can also damage the equipment it accumulates on, reducing the efficiency of shipping and contributing to climate change.

Over 40% of international trade passes through Southeast Asia. This exposes the region’s marine ecosystems to invasive species from around the world.  For example, shellfish from the Caribbean have been found in Southeast Asian ports brought by ships.  Once established, it is difficult to impossible to remove these species.

Set up to tackle the issue of biofouling in developing regions across the world, GloFouling Partnerships (https://www.glofouling.imo.org/) is part of the wider efforts by the International Maritime Organization (IMO), in collaboration with the United Nations Development Programme (UNDP) and the Global Environment Facility (GEF), to protect marine ecosystems from the negative effects of invasive species.

Partnerships in Environmental Management for the Seas of East Asia (PEMSEA) is joining global efforts to stop the impact of invasive species across maritime industries as the regional coordinator of the project in the East Asian seas. Improved biofouling management also aims to help drive progress towards meeting multiple UN Sustainable Development Goals (UN SDGs).

“What may be considered invasive species in other regions are actually considered a delicacy in some parts of the world,” said Ms. Aimee Gonzales, PEMSEA Executive Director. “For example, a snail with a beautiful shell, Rapana venosa, is endemic to the northwest Pacific, from Vladivostok, Russia to Hong Kong. In 1946 it was discovered in the Black Sea and later spread to the Mediterranean Sea. This animal, a predator on bivalve mollusks, severely reduced shellfish in the Black Sea and is now fished and sold to Asian countries as food.”

“There are many such examples so there is a need to raise awareness, build capacity and exchange knowledge and good practices to reduce transboundary introduction of invasive aquatic species through biofouling of ships,” Ms. Gonzales added.

Indonesia and the Philippines are lead country partners

Within Southeast Asia, Indonesia and the Philippines are leading partners in this project. Both countries share the following similarities: they are located within the Coral Triangle; have coastal communities that rely on fisheries for their livelihoods; are tied to global international shipping; and both countries rely on their coastal waters for new industries such as aquaculture and ecotourism.

In Indonesia, a range of agencies from transportation, fisheries, the environment, science and academe have partnered together as part of this initiative. The first envisioned step is the carrying out of a port biological baseline survey. The lack of information in the region is a challenge for understanding the issue of biofouling, and such surveys will go a long way towards tackling this.

The Philippines has similarly brought together a range of organizations and academic institutions, with the focal point being the Maritime Industry Authority (MARINA). There are currently no biofouling-related regulations in the country, and no reliable and cohesive data on marine invasive species. To address this, the Philippines is now preparing a national plan of action to deal with the issue of biofouling.

GloFouling Partnerships, which started in December 2018, will run for five years until the end of 2023. Total cost of the GloFouling Partnerships is approximately US$49 million, with the funds to be used to deliver a range of governance reforms at the national level via capacity building activities, training workshops, demonstration sites and technology adoption.