QUEZON CITY, PHILIPPINES- Did you know that over half of the world’s plastic polluting our oceans comes from East Asia? The top five global contributors are China, Indonesia, the Philippines, Thailand and Vietnam. The Philippines in particular, contributes an estimated 280,000- 750,000 metric tons of plastic waste leaking into the ocean from collected garbage inland each year.

Sip PH, a social enterprise youth group based in Manila, has won a $2,000 grant to reduce plastic pollution at its source. Partnerships in Environmental Management for the Seas of East Asia (PEMSEA) chose Sip PH among several entries in East Asia as the winner of its 2017 Youth Small Grants Competition. 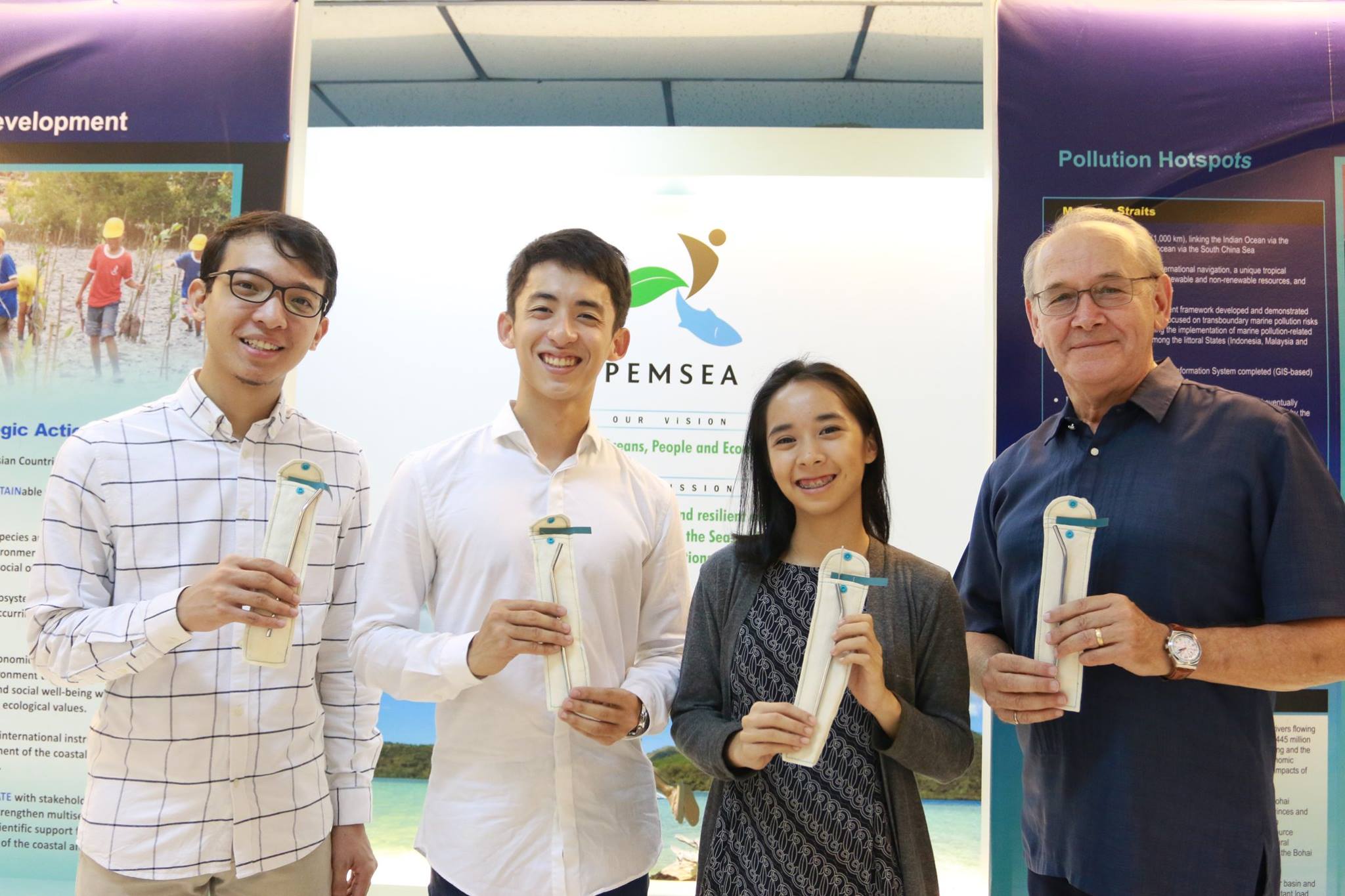 PEMSEA first launched its Small Grants Competition in 2015, with Enggar Wardani from Bogor Agricultural University, Indonesia as the winner. She mobilized student organizations to educate young school children on the value of protecting our marine resources through innovative learning tools. In June 2017, PEMSEA launched the second year of its Youth Small Grants Competition. The competition drew proposals from young leaders in East Timor, Indonesia, Malaysia, Philippines and Vietnam who sent in their innovative ideas on how to sustain the health of the world’s coasts and oceans.

“We feel that the youth can and should play a pivotal role in the sustainable development of coasts and oceans,” said Stephen Adrian Ross, PEMSEA Executive Director. “We were looking for a project that would provide a measurable impact in the community, a practical approach to implementation, and a potential for replication.”

Sip PH aims to eliminate the use of plastic straws from restaurants, cafes and homes starting in Metro Manila. They chose to focus on plastic straws because these are one of the most commonly found items during coastal cleanup activities. Based on their studies, they estimate that over 2.1 million plastic straws are discarded every year in the Loyola Heights, Quezon City area alone. To reduce this number, Sip PH plans to educate consumers on the harmful effects of plastic straws in our seas and provide reusable alternatives such as straws made from stainless steel, bamboo or reeds. They will use the $2,000 grant to fund several activities such as collect relevant data, create educational materials for their awareness campaign and organize dialogues with the local community, local government and business owners.

Sip PH founder Pocholo Espina and his team will be working for one year till November 2018 with residents, students, consumers and business to address the issue of plastic pollution in Loyola Heights, Quezon City. The group is aiming to persuade at least 70% of business establishments in the area to pursue plastic straw alternatives. PEMSEA hopes that Sip PH’s practical project and its measurable impacts can be replicated across the region.