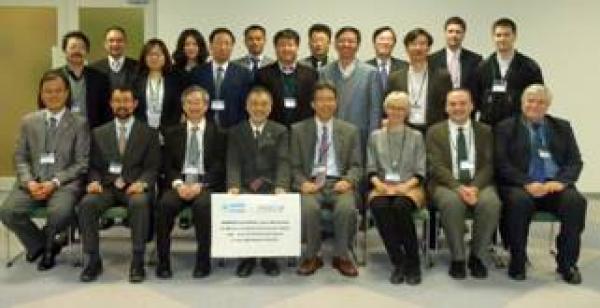 Toyama, Japan — NOWPAP and NEASPEC jointly organized the Workshop on Marine Biodiversity Conservation and Marine Protected Areas in the Northwest Pacific on 13-14 March 2013 in Toyama, Japan.

The workshop brought together focal points and experts from both NOWPAP and NEASPEC member states of People's Republic of China, Japan, Republic of Korea and Russian Federation as well as representatives from international organizations: Helsinki Commission (HELCOM), North Pacific Marine Science Organization (PICES) and IOC Sub-Commission for the Western Pacific (IOC WESTPAC).

The first day of the workshop was focused on sharing information on marine environmental assessments for marine biodiversity conservation and the current status of marine protected areas (MPAs) in the member states. During the second day, after hearing further updates on MPAs by NEASPEC experts, participants discussed MPA networking, including possible operation modalities.

The workshop agreed that both NOWPAP and NEASPEC should work together in the development and implementation of their respective projects toward the common goal of protecting the marine biodiversity in the region and coordinate with other organizations and projects such as YSLME, PEMSEA and WWF.