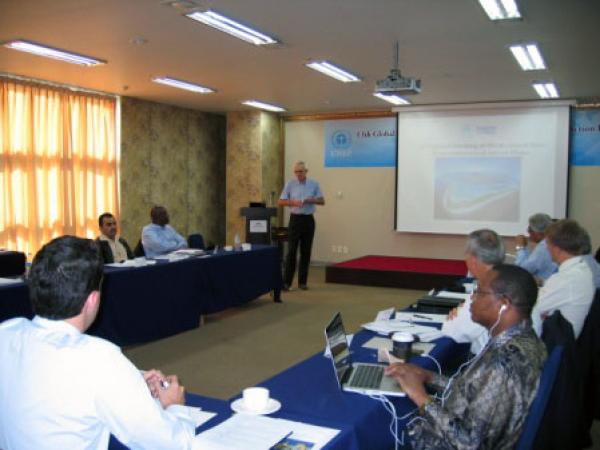 Representatives of 10 Regional Seas Conventions and Action Plans, UNEP Freshwater and Marine Ecosystems Branch and GPA (Global Programme of Action for the Protection of Marine Environment from Land-based Activities) Coordinating Office participated in the meeting. The major issues discussed included:

Third Intergovernmental Review Meeting (IGR-3) of the GPA;
Regular process for global reporting and assessment of the state of marine environment, including socio-economic aspects;
United Nations Conference on Sustainable Development (Rio+20);
Updates from the Regional Seas Conventions and Action Plans.

Meeting participants prepared a joint statement that will be presented to the IGR-3 in Manila, Philippines in January 2012. The possibility of organizing a Regional Seas (RS) side event at the Rio+20 Conference was also considered. The last day was devoted to the discussions on current activities (including close cooperation among individual RS programmes) and future developments of the Regional Seas Conventions and Action Plans.

The next Global Meeting of Regional Seas in 2012 and 2013 will be hosted by the Mediterranean Action Plan and the Caribbean Environment Programme, respectively.