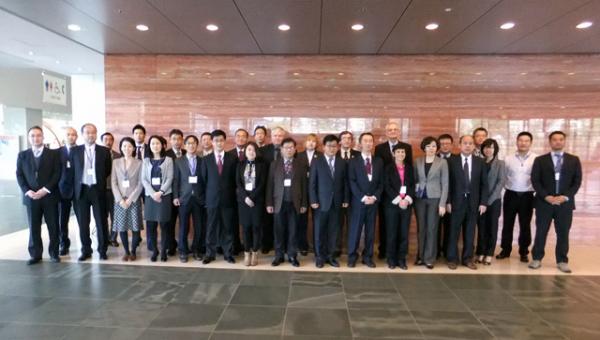 The meeting, held on 4–6 December 2013, reviewed the progress of NOWPAP implementation for the last two years and discussed the work plan and budget for 2014–2015. Member states, including PR China, Japan, RO Korea and Russia, agreed on the scale of contribution to the NOWPAP Trust Fund for the next two years, reflecting increased RO Korea contribution starting this year.

One of NOWPAP’s accomplishments in 2013 was the release of several reports on marine litter management developed by NOWPAP Regional Activity Centres and partners. These reports include the (a) National Report of China’s Environmental NGOs Role in Marine Litter Control; (b) Promotion of Best Practices for Minimizing Marine Litter in Fisheries, Aquaculture and Shipping; and (c) Best Practices for Prevention of Marine Litter Input from Land-based Sources in the NOWPAP Region.

Experts from NOWPAP member countries, headed by Dr. Konstantin A. Lutaenko, also completed an atlas of marine invasive species (MIS) in the NOWPAP region. The atlas features information on taxonomic and common names, maps of regional distribution, possible origins and ways of introducing MIS in the region.

The meeting approved an agreement of cooperation with the International Maritime Organization (IMO), granting NOWPAP an observer status at IMO meetings and conferences. Activities on marine litter and a suggestion to organize a symposium this year to mark the 20th anniversary of NOWPAP were agreed upon. Further meetings will be convened to continue the discussions and finalize other pending issues. The next regular NOWPAP IGM will be held in Russia this year.

In conjunction with the 18th NOWPAP IGM, the Toyama Prefecture and the Northwest Pacific Region Environmental Cooperation Center organized a symposium on international cooperation for the environment, and the representatives of UNEP and NOWPAP delivered key speeches on global initiatives on oceans and NOWPAP activities under the framework of UNEP Regional Seas Programme.