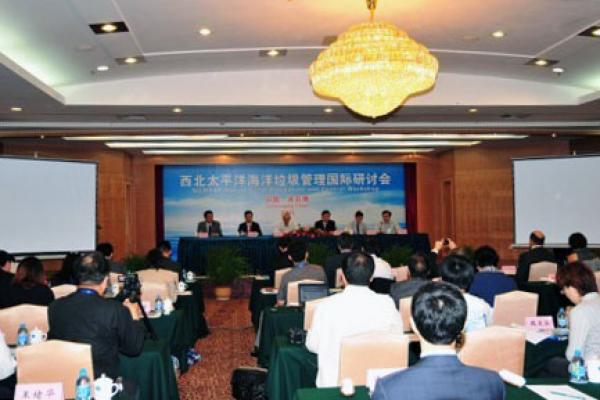 The events were organized by the Ministry of Environmental Protection of China, Jiangsu Provincial Environmental Protection Bureau, Lianyungang Municipal Government and NOWPAP Regional Coordinating Unit (RCU). The workshop was attended by representatives of NOWPAP member states (including NOWPAP marine litter focal points and ICC coordinators), NOWPAP Regional Activity Centres (RACs), Ocean Conservancy as well as local citizens, experts and NGOs. The workshop was focused on discussing and sharing information on government measures on the marine litter prevention and control, public participation and private sector involvement. Participants agreed that efforts on addressing marine litter, including exchange of information, best practices and further promotion of ICC, should be continued in the region.

In conjunction with the ICC campaign, a working meeting was held on 20 September 2011 to discuss the NOWPAP RAP MALI work plan and budget for 2012-2013 which will be presented to the 16th NOWPAP Intergovernmental Meeting for approval at the end of this year.

After the workshop, a beach cleanup was organized where the workshop participants jointed 200 local volunteers and collected 75 kg of marine litter which was sorted and recorded in ICC data card provided by Ocean Conservancy. The most abundant items found on the beach were cigarette butts, cups and lids.

The events were financially supported by China, Japan and UNEP. Next NOWPAP ICC campaign will be organized in Russia in 2012.