In celebration of International Women’s Day, PEMSEA is pleased to introduce two remarkable women leaders and a sample of gender inclusive programs and women-led initiatives in the coastal and marine sector of the East Asian Seas (EAS) region. 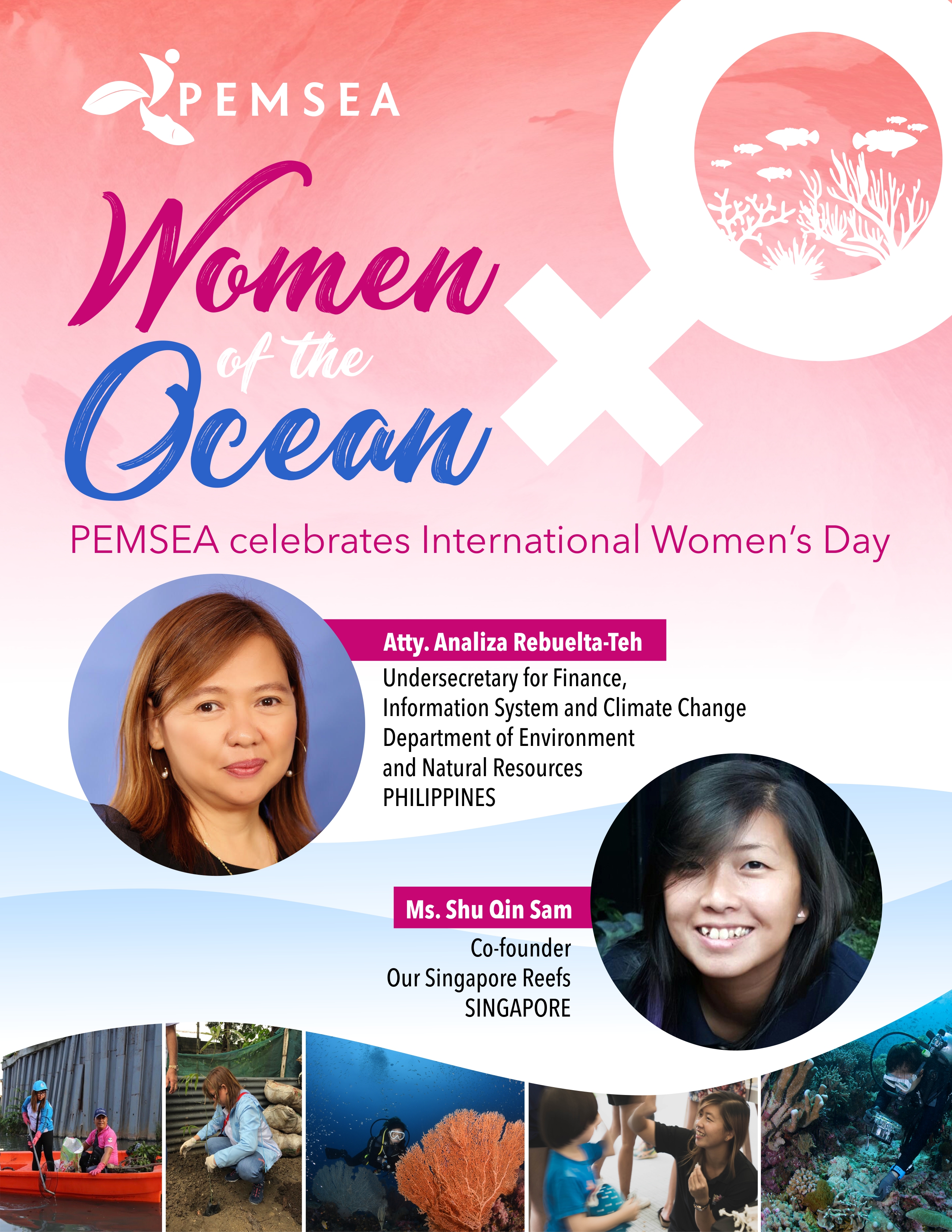 Ms. Sam’s first encounter with great white sharks during her summer internship at Oceans Research has propelled her interest in pursuing a career in marine science. She is a coral scientist who is actively involved in restoring coral reefs in Southeast Asia. Her research focuses on understanding how coral reefs respond to the impacts of coastal development and climate change. Spending a lot of time underwater also gave her the opportunity to experience first-hand one of the gravest and easily seen impacts of human destruction—marine debris. With the main intention of raising awareness about this issue, she co-founded “Our Singapore Reefs” to connect like-minded marine enthusiasts through diving and educational outreach programs. With her training in science communication, she hopes to inspire marine stewardship and promote discussions in marine science and conservation through public engagement activities.

Atty. Rebuelta-Teh is the national focal point of the Philippine government to PEMSEA and the Global Environmental Facility. She has been a long-standing advocate of mainstreaming gender responsiveness in environment and natural resource-related policies and programs.

After law school, she has held several government posts, most notably as the Executive Director for the Adjudication Board of the Department of Agrarian Reform (DARAB), Director for Legal Services of the Housing and Urban Development Coordinating Council (HUDCC), and various posts in the Department of Environment and Natural Resources (DENR) in the line of legal services, foreign assisted and special projects, and mining. Currently, she is the Undersecretary for Finance, Information System and Climate Change at the DENR.

As PEMSEA National Focal Point in the Philippines since 2005, she paved the way for the signing of the agreement recognizing the international legal personality of PEMSEA; the ratification of the headquarters agreement for Philippines to host the PEMSEA Secretariat office; the implementation and scaling up of the the Sustainable Development Strategy for the Seas of East Asia (SDS-SEA) and the integrated coastal management approach; the development and implementation of various coastal and marine resource management projects in the country; the formulation of the National and Regional Reports on the State of the Ocean and Coasts; and the hosting of the 6th EAS Congress in Iloilo, Philippines. She also served as Chair of the Intergovernmental Session for the EAS Partnership Council from 2013 to 2016.

Below are some examples of local initiatives in the region that engage more and more women as part of helping them become stewards of coastal and marine resources and providing them with access to livelihoods in what used to be male-dominated activities.

These women love the ocean and find it the best natural workplace. They are entrepreneurs who do not necessarily think that they are disadvantaged compared to their male counterparts when it comes to physical strength in fishing. One of the female fishers said that initially, she did struggle to become a member of their local fisheries association as it was dominated by men. However, eventually, she got integrated into the group. 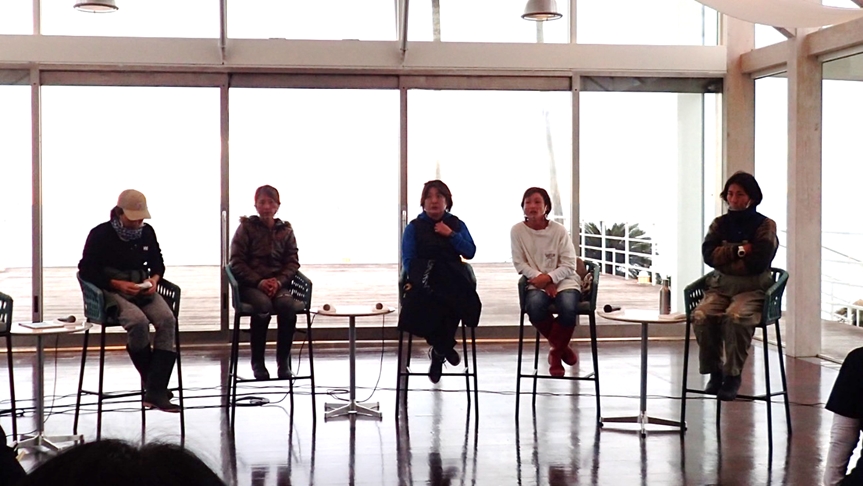 Women panelists at the Love Ocean: Riviera Shonan Beach Clean share their experiences and insights on their roles as female fishers in Sagami Bay

What concerns the female fishers more are the changes in the marine environment. Fish catch is getting less presumably because of the changes in coastal and marine habitats due to ocean acidification and warming. Extreme weather patterns are also responsible for the onslaught of strong typhoons that damage their fishing boats and gears. The women are also concerned over marine plastics that contaminate the ocean. They fear that these waste may reduce the value of their catch.

For these fishers, collective actions are important to mitigate climate change and consequently protect the ocean from further harm. These women have been speaking up on this particular need in collaboration with other stakeholders with the hope of passing on the legacy and passion for the ocean as a wonderful workplace to future generations.

SARANGANI, PHILIPPINES—The crown-of-thorns starfish that have been destroying corals in the Sarangani Bay Protected Seascape (SBPS) have found their match among the local women.

Thanks to the rice reward program that started in November 2021 by the SBPS Protected Area Management Office (PAMO), women volunteers, most of them housewives, are coming out in groups to pluck the starfish out of the sea. For every 300 starfish they gather, volunteers receive a 25-kilogram sack of rice. Volunteers were briefed first on the right way of collecting the starfish to protect themselves against being pricked by its venomous spines. 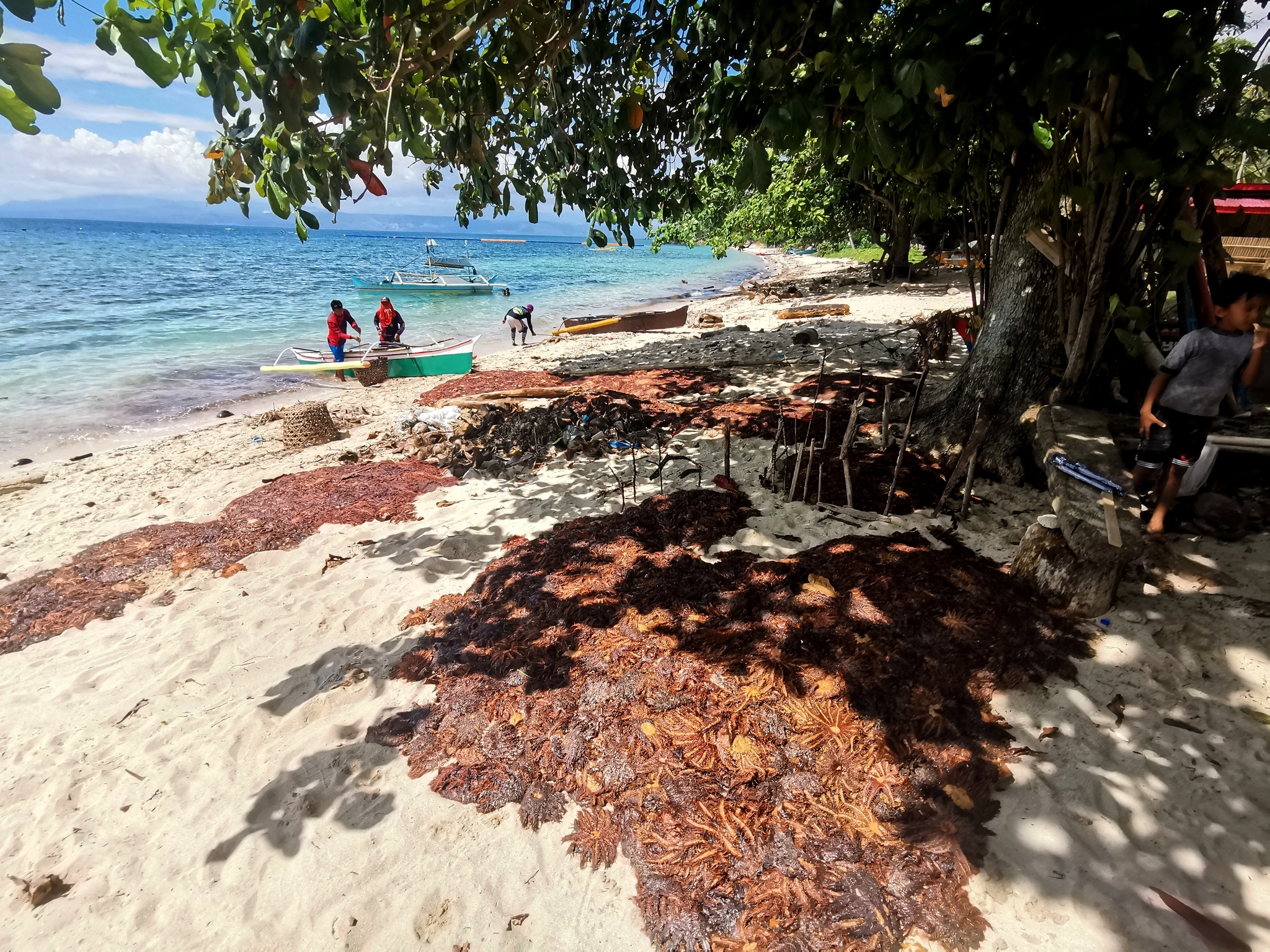 “We are delighted that most of our volunteers are women,” said Maria Elvira Lumayag, the Provincial Environment and Natural Resources Officer of Sarangani. “Women are strong assets in environmental protection and conservation, especially on issues that need to be resolved with urgency and active participation.”

PAMO expects to collect at least 75,000 starfish throughout the program. This is particularly important to Sarangani Bay as it is host to 60 live hard coral species and 411 reef species. Dense aggregations of these starfish can strip a reef of 90 percent of its living coral tissue.

BOTOLAN, ZAMBALES, PHILIPPINES—As the first place winner of the Climate and Disaster Resiliency Recognition Awards of DENR Philippines, the Municipality of Botolan highlights women empowerment and leadership as key in the success of their coastal and marine conservation programs.

With empowered women leading its frontlines, the local government initiated the installation of artificial coral reefs to rehabilitate the degraded coral reefs. Since 2013, a total of 201 units of artificial coral reefs, transplanted with coral fragments, have been installed inside the locally established marine protected area in Botolan. The local government also installed artificial reefs in eight coastal barangays to improve fish production in the area. So far, the local communities are already reaping the benefits of this initiative as the installations have already molded life assemblages underwater—a good indicator that they are already serving their purpose, a good feat considering the number of municipal fishers in Botolan, which to date, number to 1,045. 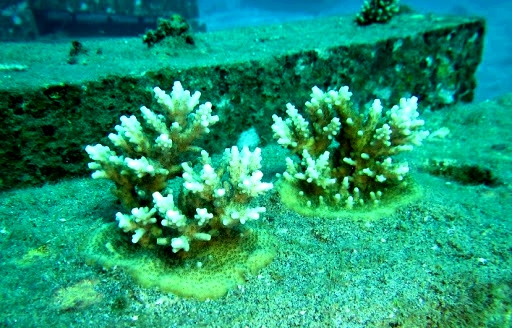 The local government has also established a mangrove nursery in Barangays Parel and Danacbunga with continuous tree planting activities involving local communities and civic society organizations. With a total area of 4.8 hectares, the area has become one of the steady sources of income and food supply of the locals thanks to the consistent maintenance and protection given for the site. 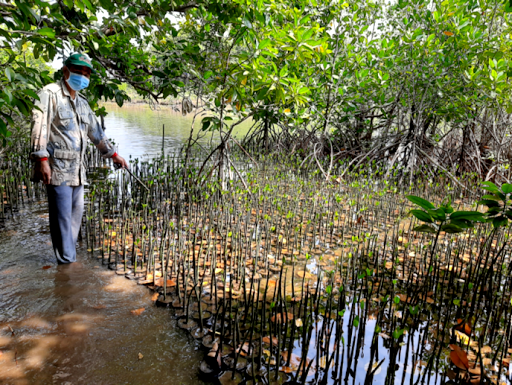 A mangrove nursery is sprucing to life in Botolan

Reaffirming the good initiatives being done for the environment, the gender-responsive local government of Botolan has also been awarded with other recognitions on coastal resource and solid waste management.

Do you have stories and photos to share on remarkable advocates and actions on gender empowerment and responsiveness? Please contact us on the following platforms so we can feature them on social media: