The EAS Youth and the Oceans Photo Competition aimed to feature the youth’s perspectives and contributions to the sustainable development of the marine environment through creative means. Photos translate messages that words lack to deliver and are key tools of communication in enticing many to understand sustainability issues. The participants of the photo competition were able to share their experiences through their visuals, following the theme of “Sustaining the oceans and coasts”. We hope that the competition has encouraged more youth to become aware of what initiatives are happening in their local area.

Entries from across East Asia were grouped into three categories: High school, University, and other photographers up to 30 years old. Along with winners in each category, several runners-up were recognized, highlighting the diversity of the ocean issues that youth encountered.

PEMSEA would like to thank everyone who participated in the EAS Youth and the Oceans Photo Competition and congratulate the winners. Their stunning photos gave us the opportunity to experience the life surrounding the oceans without having to leave the comfort of our homes. 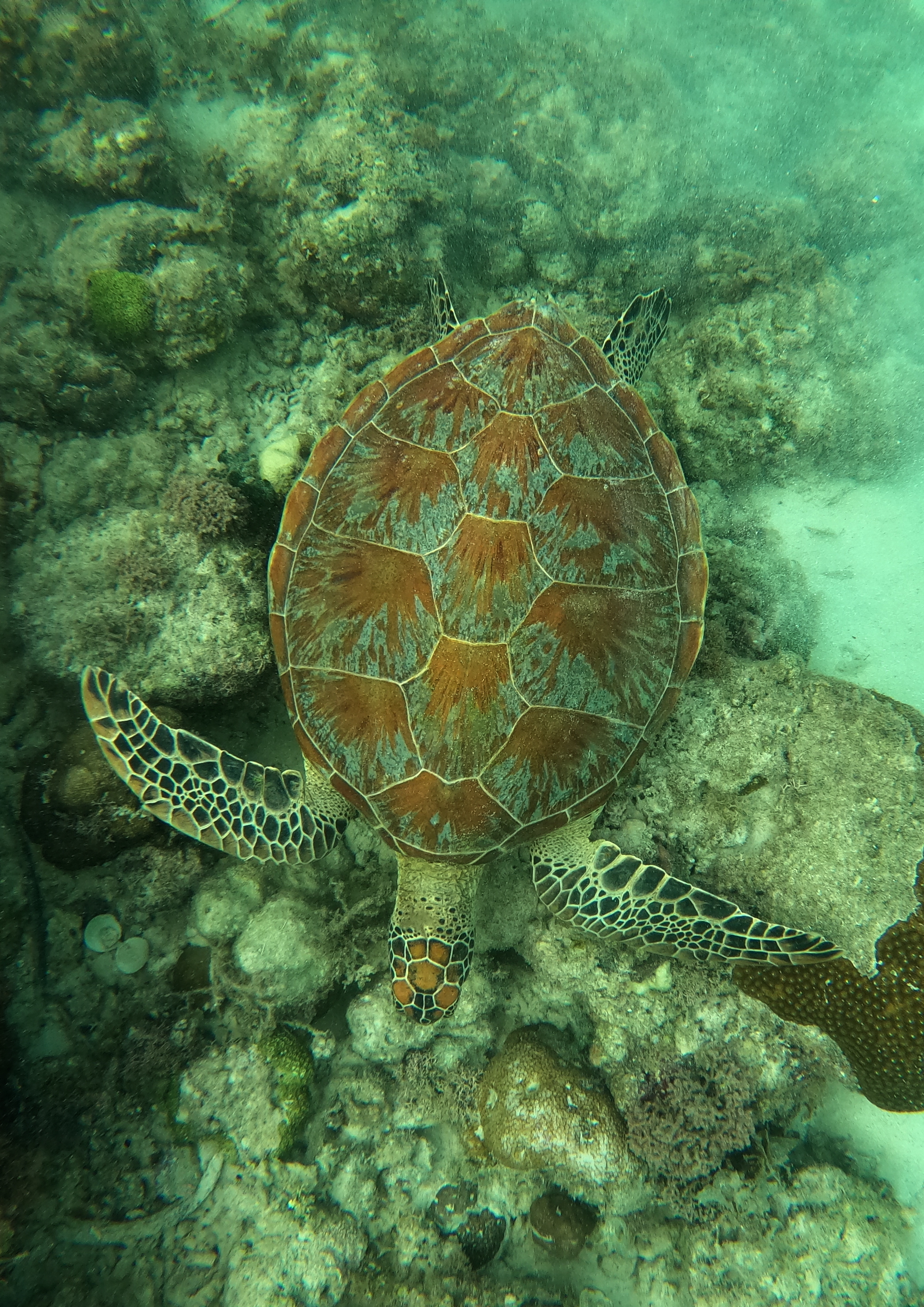 “On December 30, 2020, we had our sardines run off Moalboal, Cebu and saw a turtle near the spot. The turtle was in the shallower area closer to the beach, feeding off algae clinging to the corals. The seas of Moalboal boast the beauty of a diverse and fascinating marine life hidden in the depth of the ocean, that everyone has yet more to learn about.” 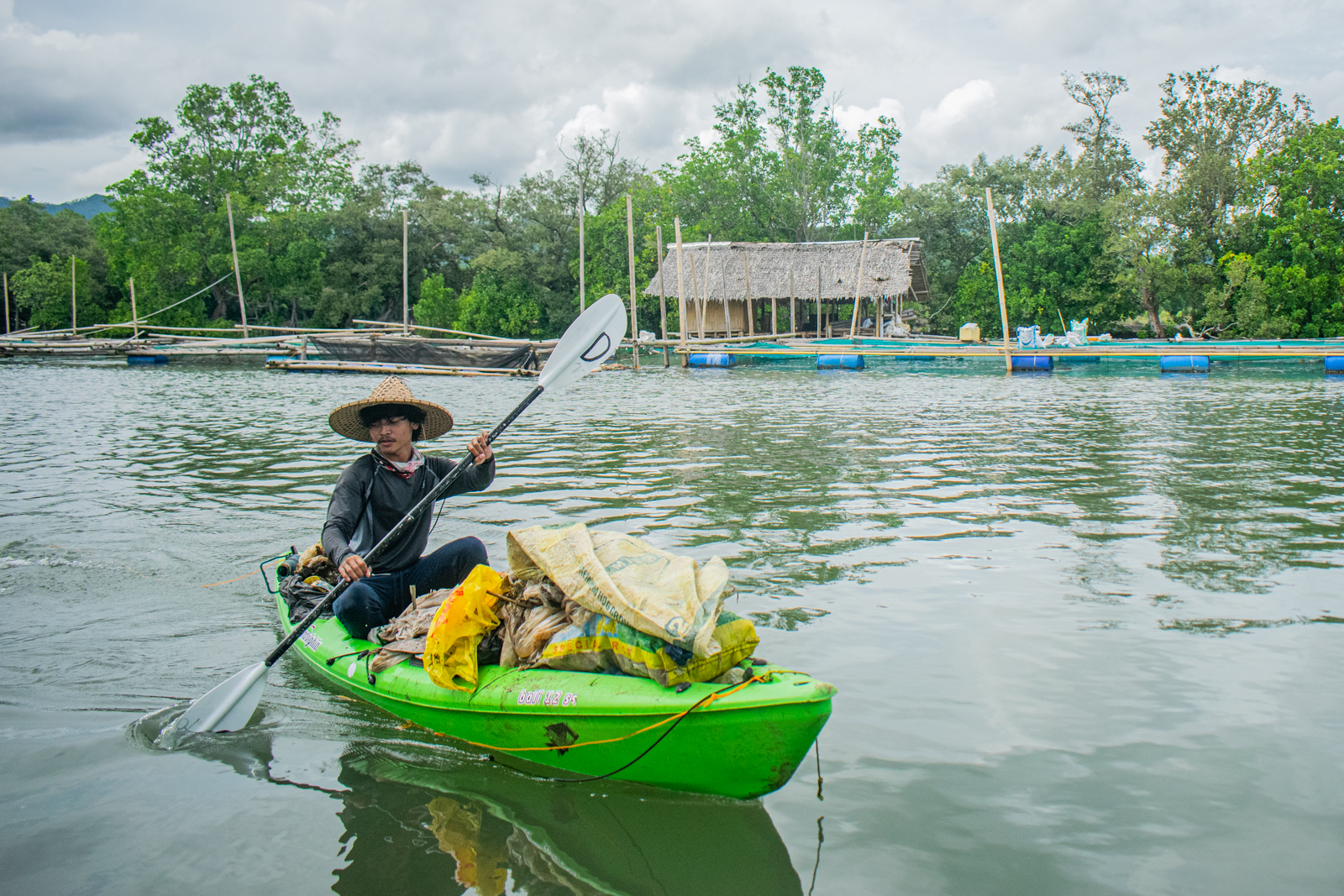 River waste in the right place

“A contestant in the 2nd Dapitan Kayak Adventure River Clean Up Competition tries his best to reach the finish line with the waste he has collected from the riverside.” 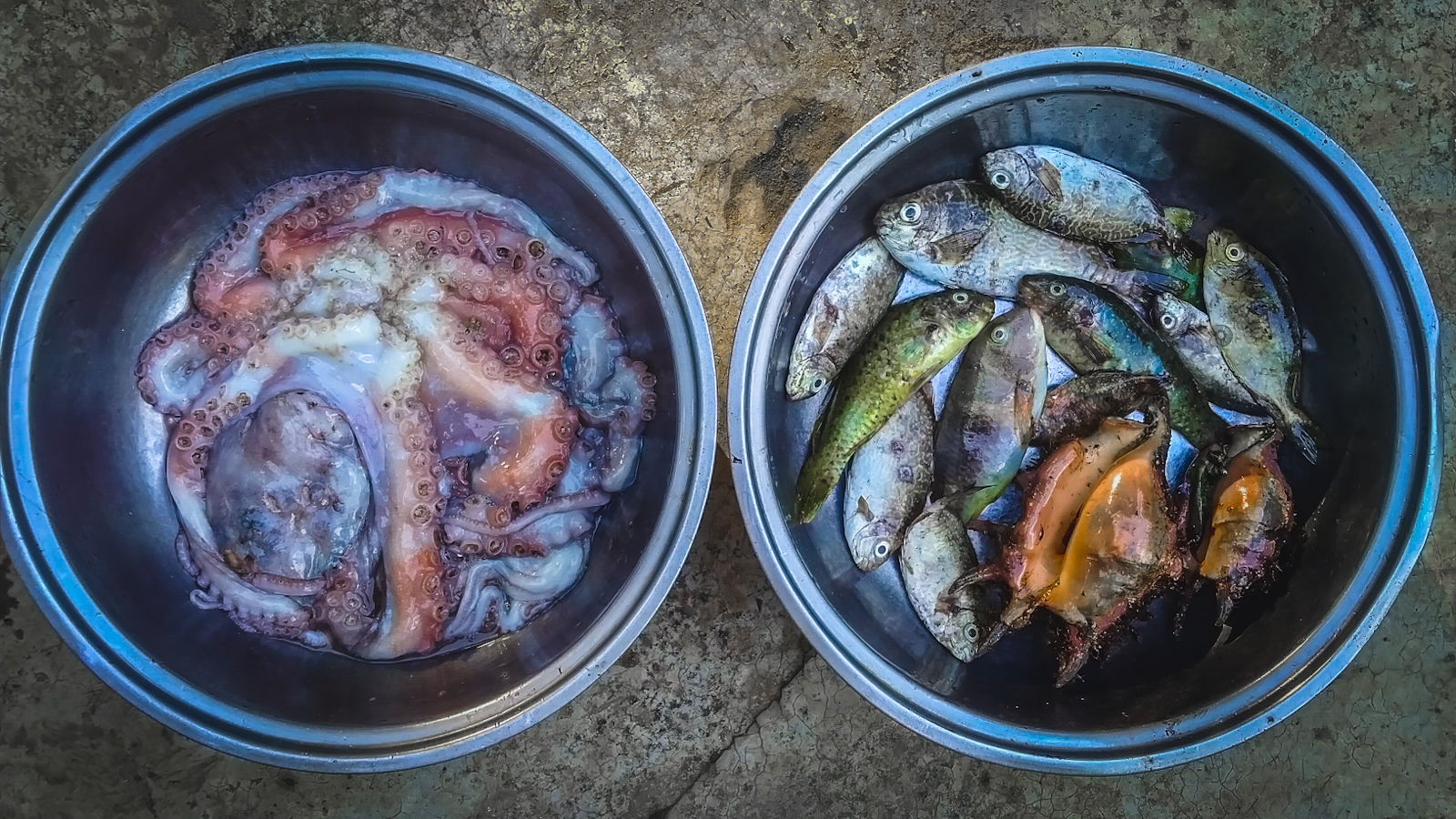 “For many decades, the coasts of Matnog have been an abundant source of seafood. During low tides, people go fishing using spears and lights called “Sulo”.” 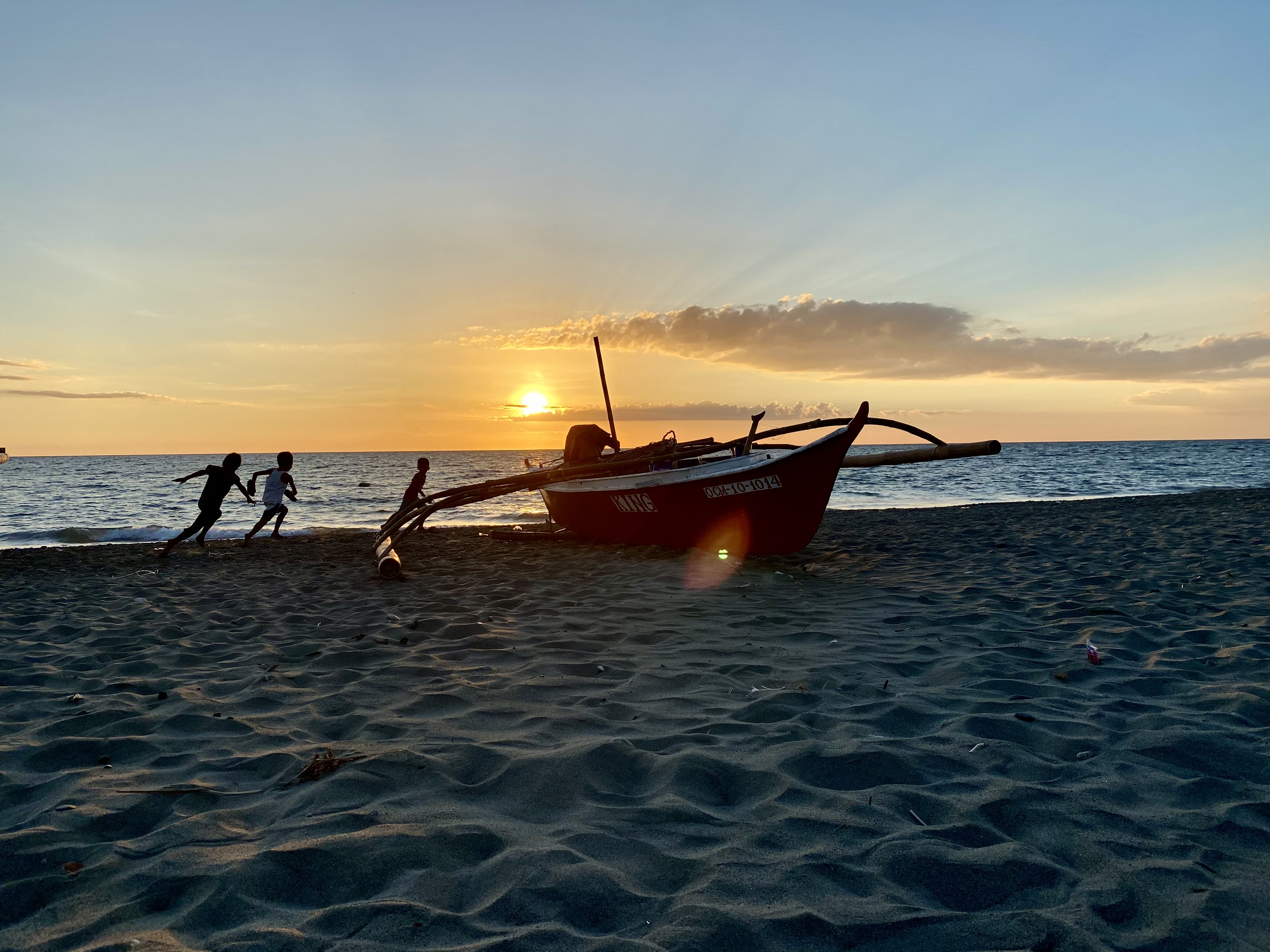 Along the shore of Armoa Beach

“The shore has so much to offer, from memories treasured for a lifetime, to the opportunity for livelihood. This all happens along the shores of Armoa Beach.” 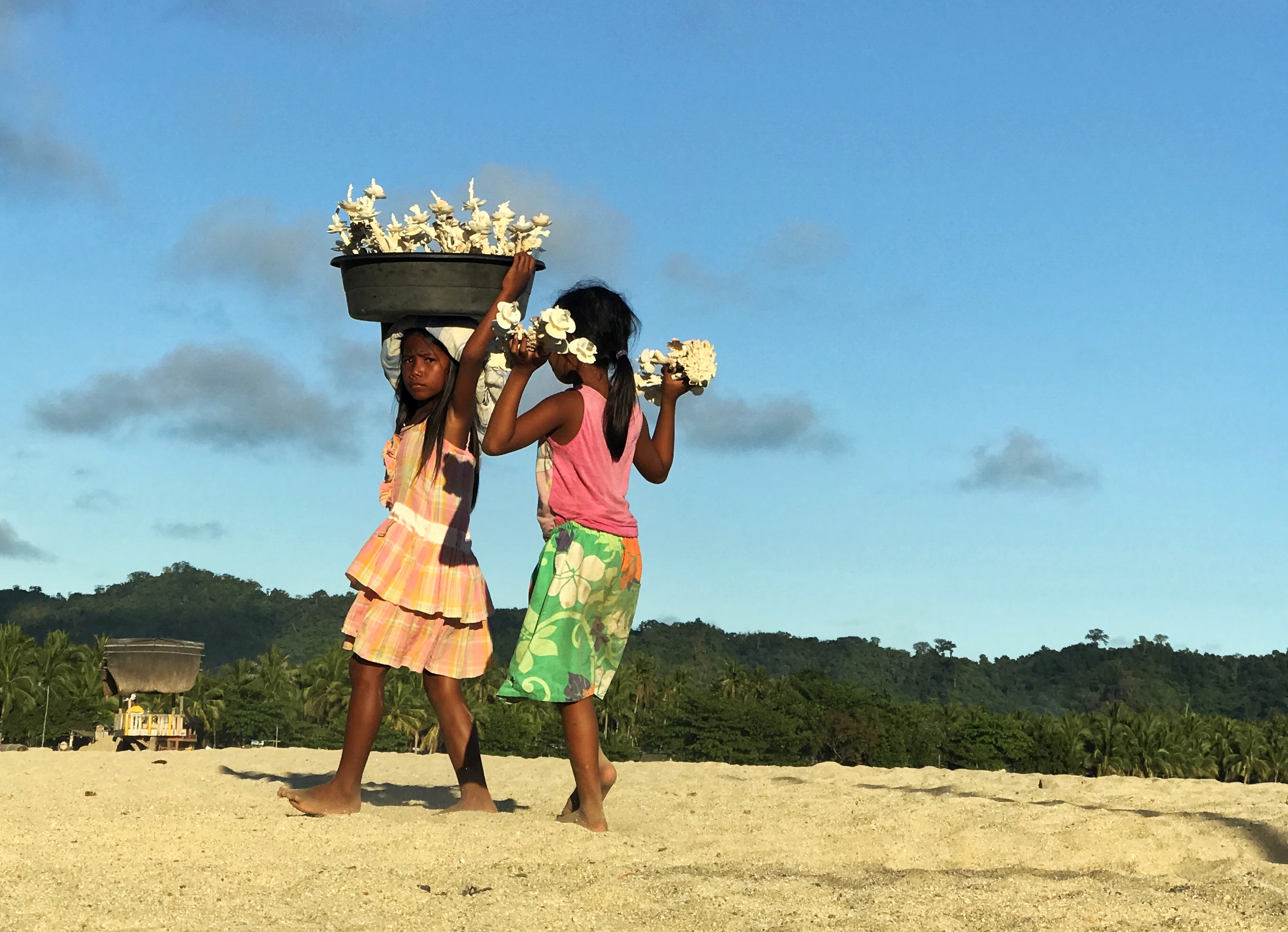 “On the coast near a beach resort in Dipaculao, Aurora Province, these children roam the coastline selling souvenirs made of corals and seashells. They show that the ocean and coastline of Aurora is their life: providing livelihood to them and their families.” 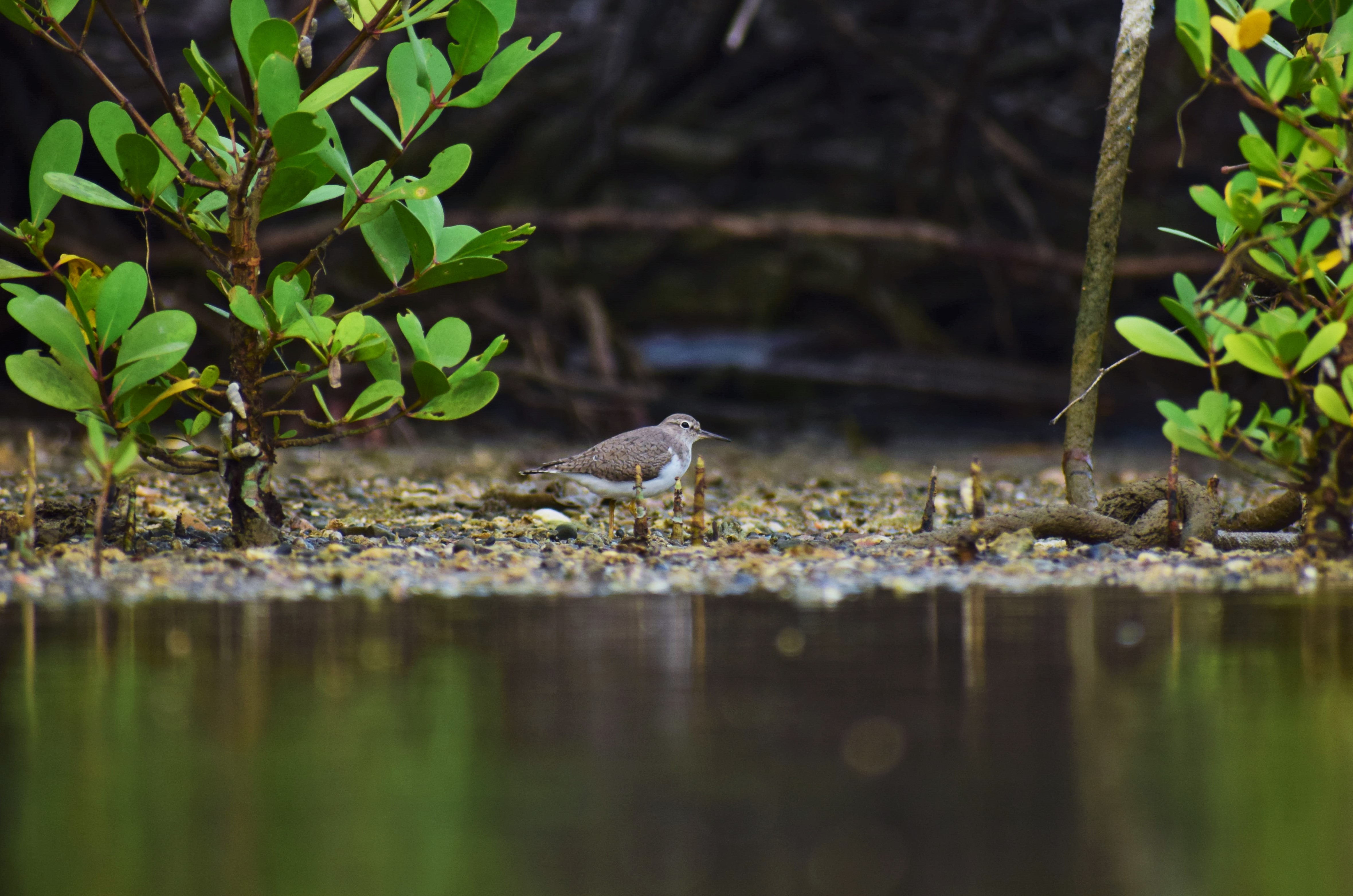 “The abundance and diversity of sea birds will not fail to amaze people spending time in coastal areas. Coastal birds do not just exploit the resources available at the sea, but create nests in the mangroves found along the seaside. A common sandpiper, Actitis hypoleucos, searches for food along the coastal flat." 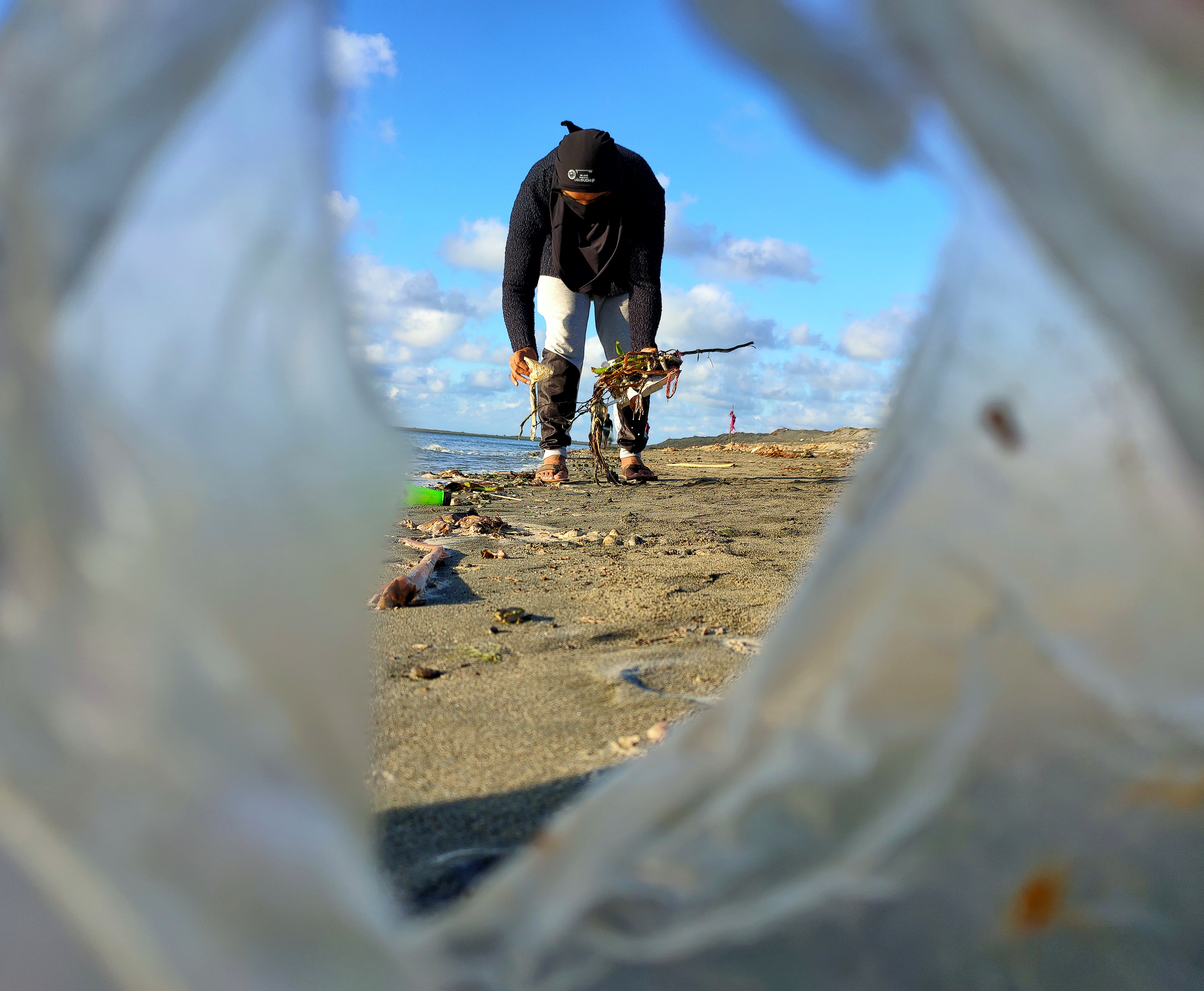 “Cleaning up garbage around the shore to protect and improve the coastal and ocean ecosystem. According to people living near the coast, fishing is their main livelihood, and it is their responsibility to promote awareness and maintain cleanliness so that sea creatures would have a safe place to live in.” 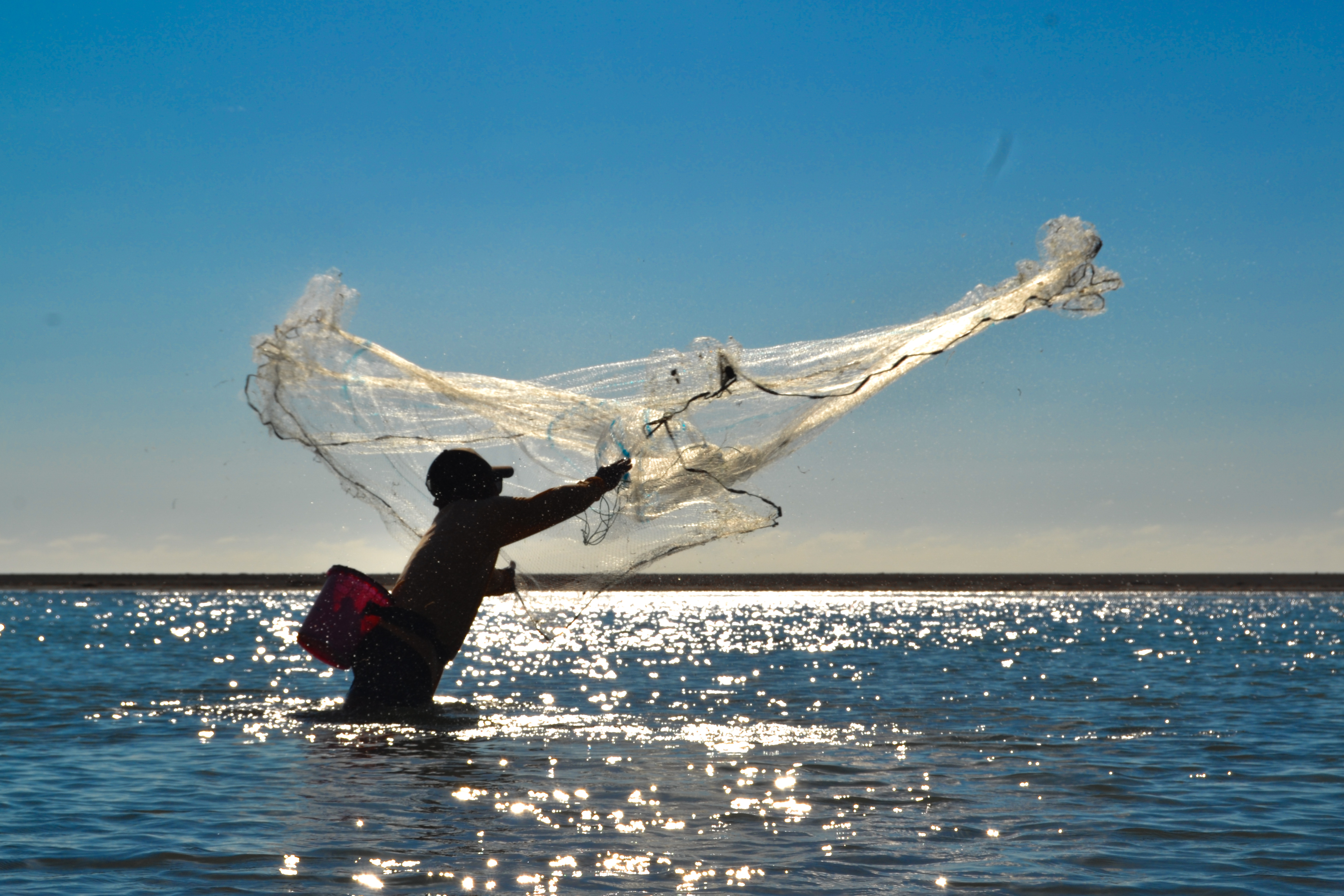 “A fisherman throws his net in a way that it lands in a perfect circle on the water, in order to maximize his catch. According to him, fishing is not as easy as it looks. There are even times the net rips, resulting to have no catch at all. It is rare to catch something with just a single throw. A noble job, fishing requires strength, endurance, and patience.”

Category: Photographers up to 30 years old 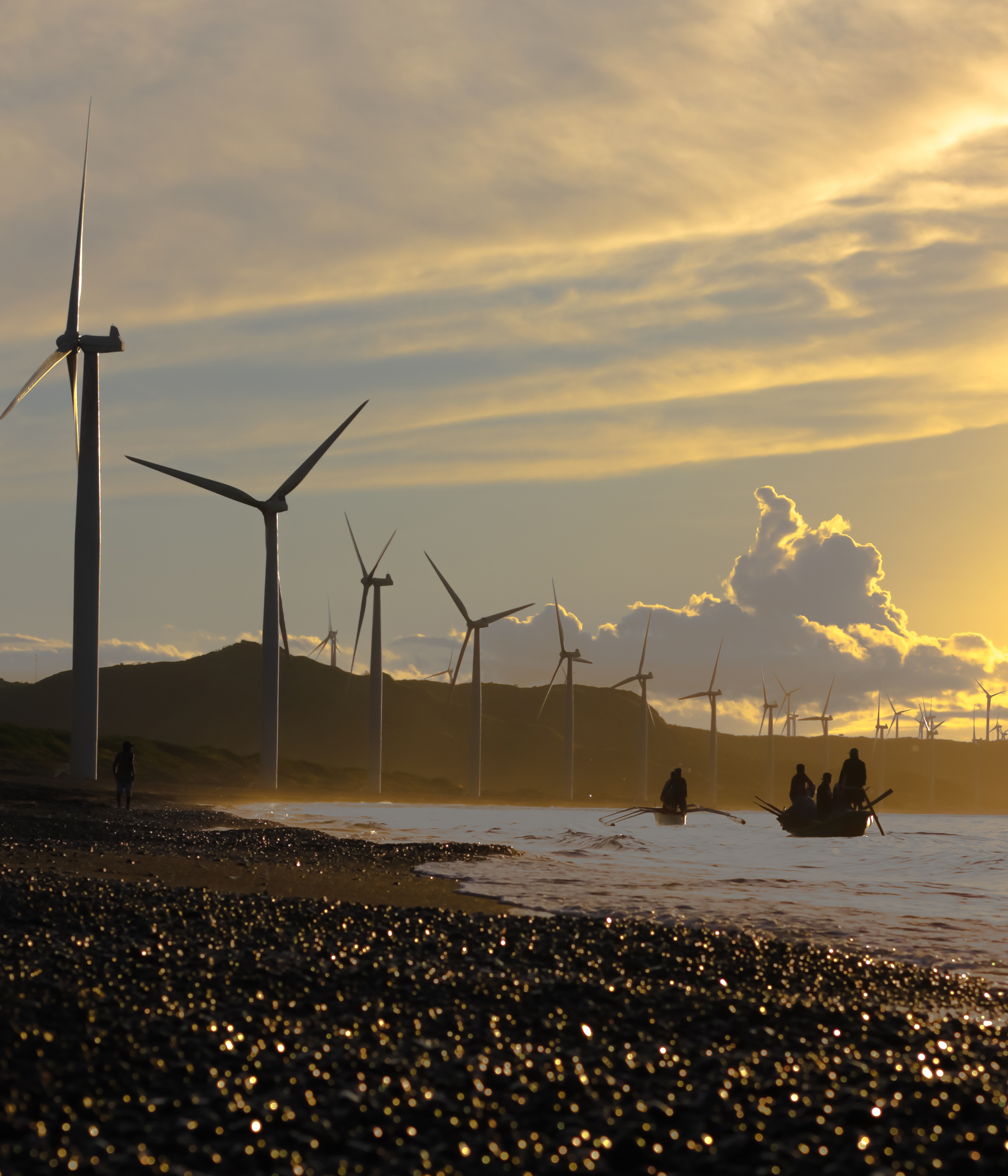 “The Bangui Windmills project contributes to the renewable energy resources of the Philippines. They have also become a popular coastal tourism spot and are viewed as an important avenue for economic growth.” 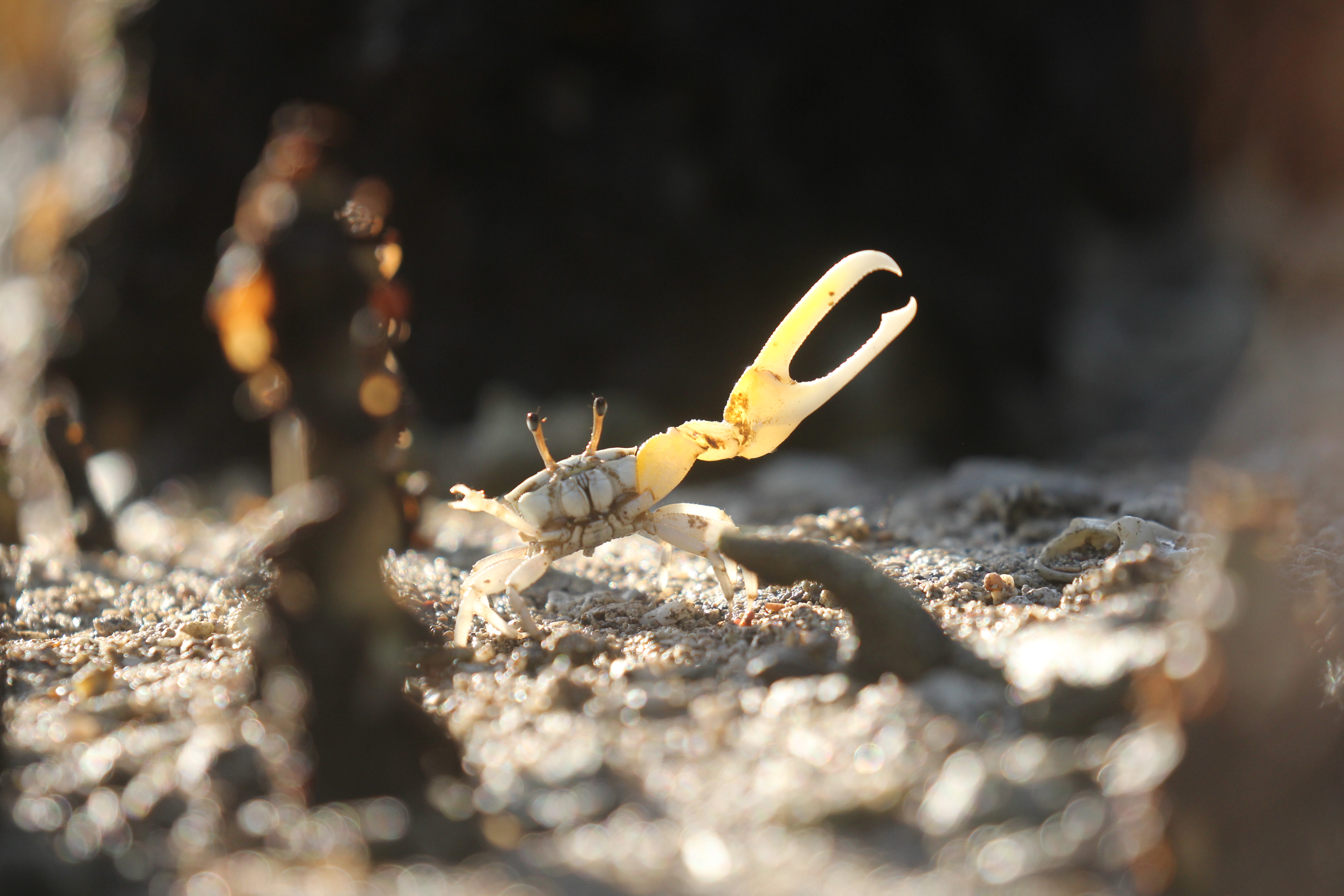 “Fiddler crabs in the muddy mangroves areas of Manatuto spend most of their time feeding in place.” 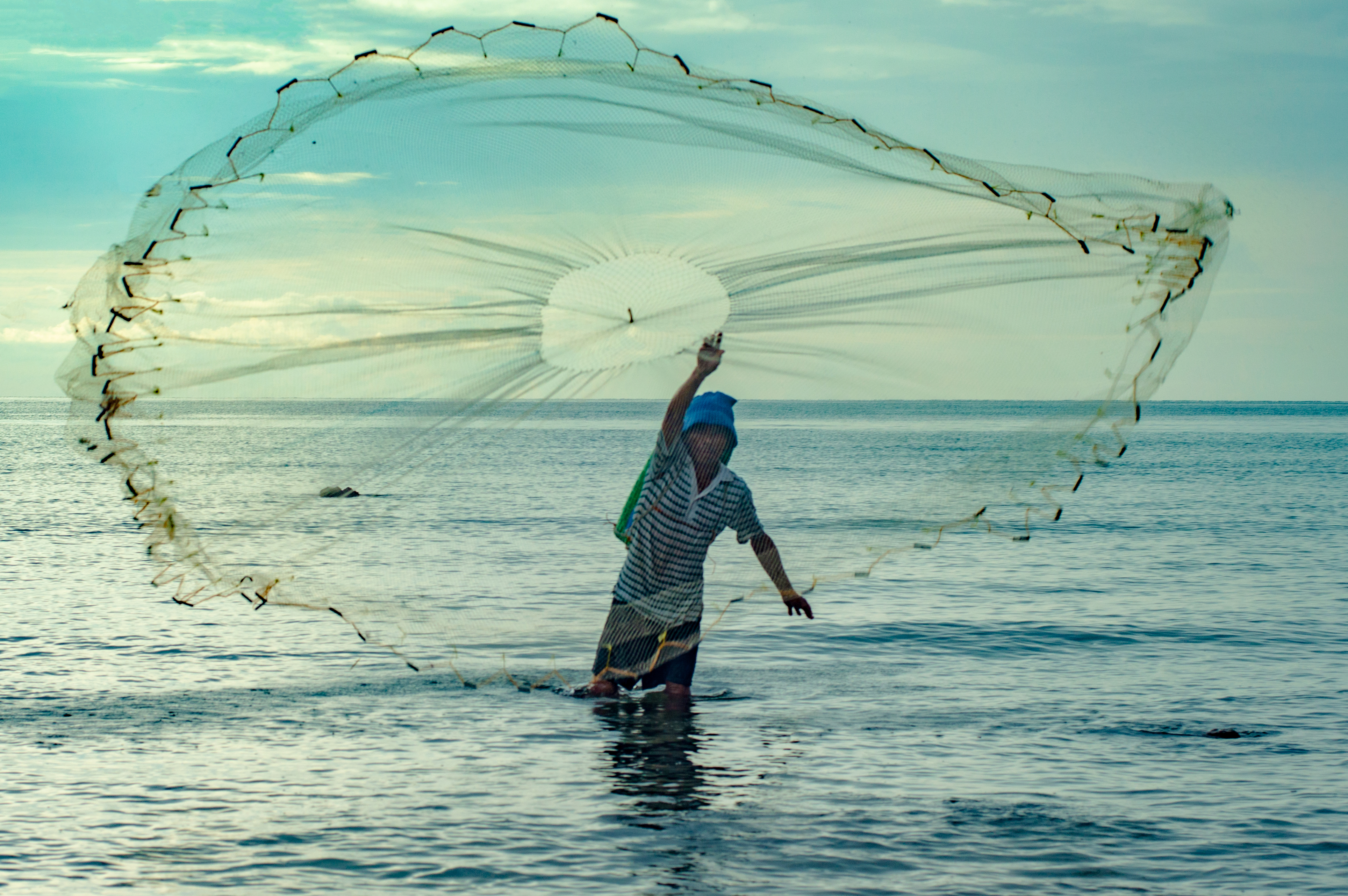 “For some, a fishing net is a means of life. On a gloomy afternoon, a man casts his net to make a living, optimistic that before darkness enough will be caught to support the family awaiting his return. The seas sustain our life on land.” 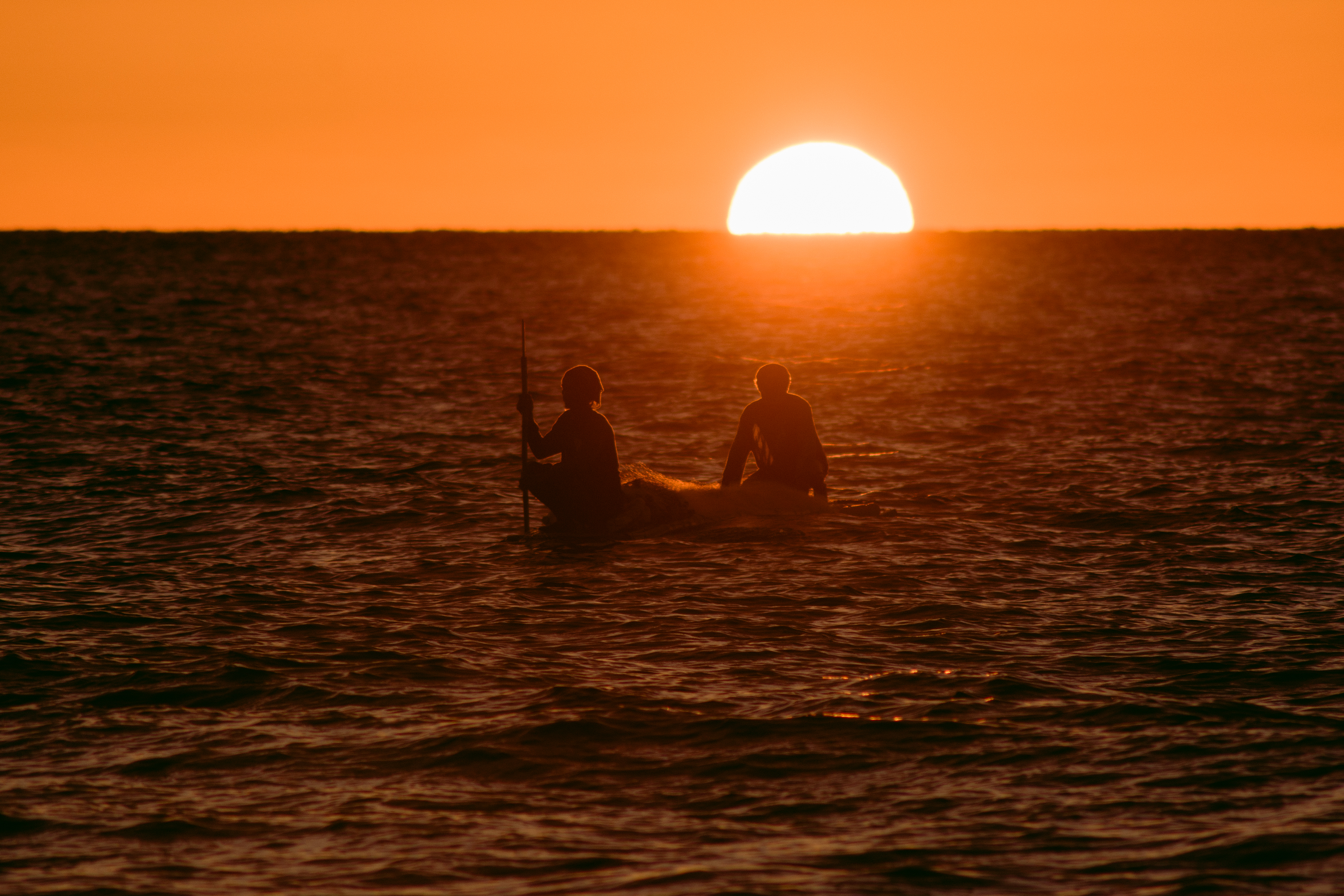 Casting Into the Setting Sun

“The sun was setting yet these two fishermen were still setting out to the ocean to set nets. Whether as the sun rises or the sun sets, a fisherman’s work and livelihood will always call him out to the sea.” 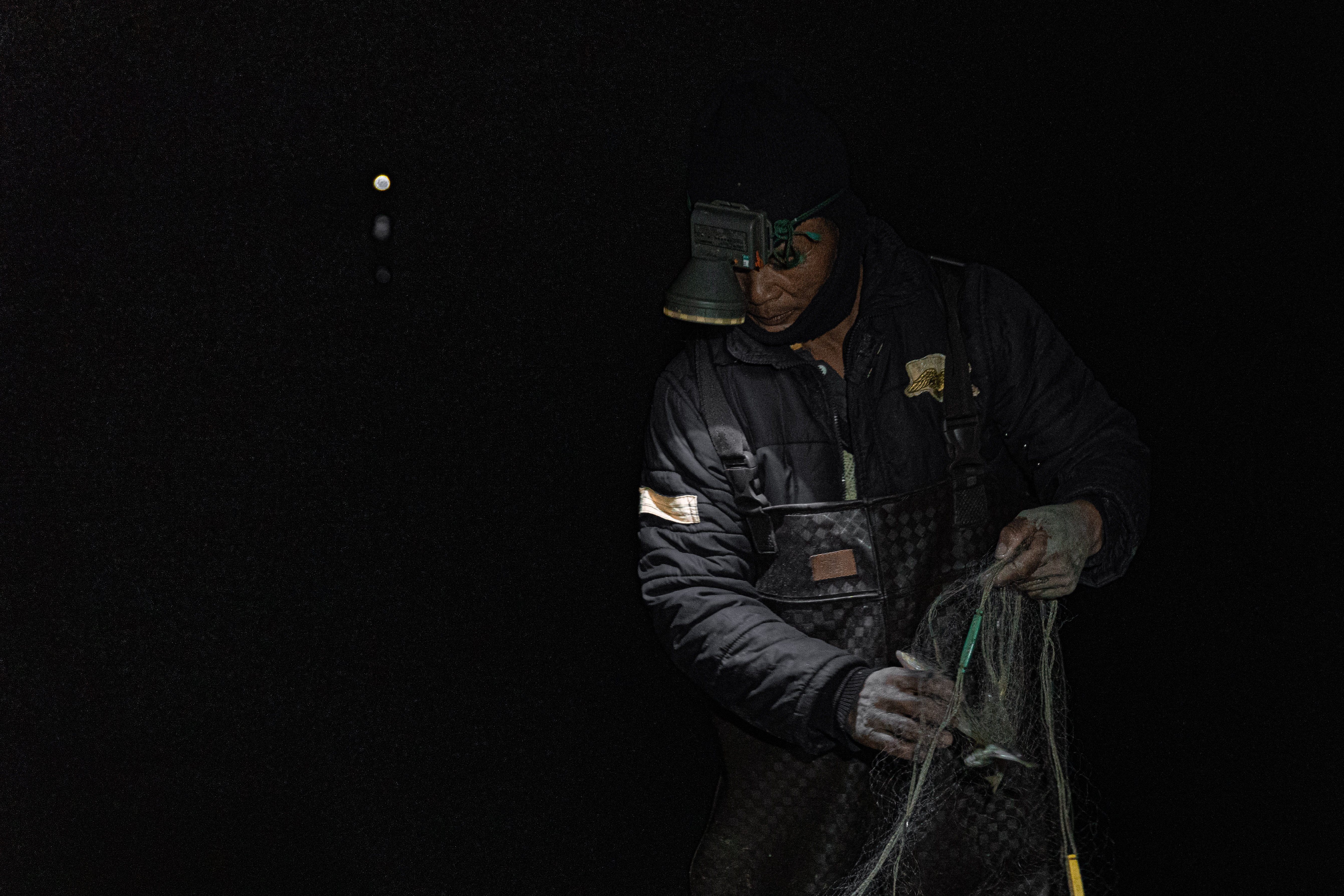 “The fishing boat came back to the shore late at night, he has to spend another couple of hours to get all his catches “off the net”. It’s dark and cold on the beach, but he’s never alone, because he got his family with him.”