Cultivation of 80,000 coral branches in honor of His Majesty, the King of Thailand 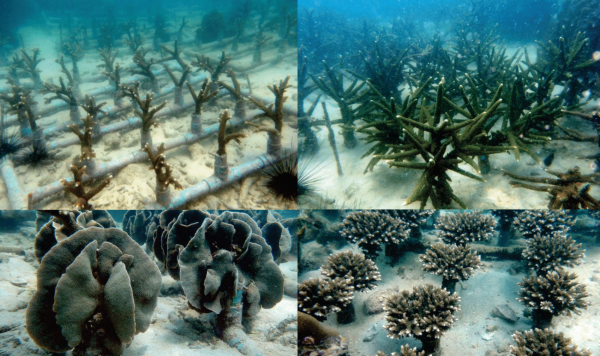 A celebration of achievement

The target of planting 80,000 coral fragments in Thailand has been achieved, a decade after its initial launch. To mark the achievement of this goal, a celebratory event was held in Sea Life Bangkok Ocean World, on 26 April 2019.

The coral conservation project: a history of partnerships

The degrading coral reef condition in the Gulf of Thailand, including the high biodiversity reef area in Samaesarn SAO, Sattahip district, Chonburi province, prompted a coral transplantation research led by Rambhai Barni Rajabhat University, which was implemented from 1995 to 2001. This proved the PVC pipes as a cost-effective and safe tool to support coral fragments for coral transportation.

In 2003, Vinythai Public Company Limited (PCL), a PVC pipe production company,  supported the coral cultivation initiative as part of their corporate social responsibility (CSR) efforts, committing 10,000 branches of coral fragments for transplantation. Together with the research team, Vinythai established the MACF to lead the coral restoration initiative in collaboration with local government agencies, private companies, the Royal Thai Navy, local residents, and fishing communities (Barnette, Pokhum, and Khunplome, 2018). This marked the initial phase of the project, with promising results.

In 2007, MACF, supported by Vinythai PCL, launched a scaled-up project to plant 80,000 coral fragments to commemorate the 80th birthday of His Majesty King Bhumibol Adulyadej, the previous King of Thailand. In cooperation with government agencies, local government units, research and academic institutions, and foundations, the coral fragments were targeted to be planted in five locations in the provinces of Rayong, Trad, Prachuap Khiri Khan, and Chonburi.

Stakeholder engagement activities in the deployment of coral fragments: Visitors in the coral restoration site in Samaesarn are taught on a raft at sea to cut and attach coral branches to a PVC pipe (left), and set the grafted corals into a rectangular PVC frame for underwater deployment (right). (Barnette, Pokhum, and Khunplome, 2018).

The initial success of the coral reef restoration project in Samaesarn SAO in the 90s generated positive results and cultivated awareness among its locals and community leaders. Beyond the support of private companies, the local government continued to implement the project in the site in Luang Pho Dam Temple coast.

In 2007, the ICM demonstration project in Chonburi included the Samaesarn SAO as one its sites, thereby facilitating their adoption and implementation of Chonburi’s long-term coastal strategy, which outlines a shared vision and specific action plans for concerned local governments. Samaesarn SAO’s three-year ICM Action Plan (for 2008-2011) included activities concerning coral reef restoration. This facilitated the required implementing mechanisms, including the budget for coral conservation implementation in Samaesarn.

The PEMSEA case study entitled, Innovative Coral Reef Restoration through Public and Private Sector Partnership in Chonburi, Thailand (Barnette, Pokhum, and Khunplome, 2018), provides details regarding this coral reef restoration endeavor. It was translated for dissemination in the event. 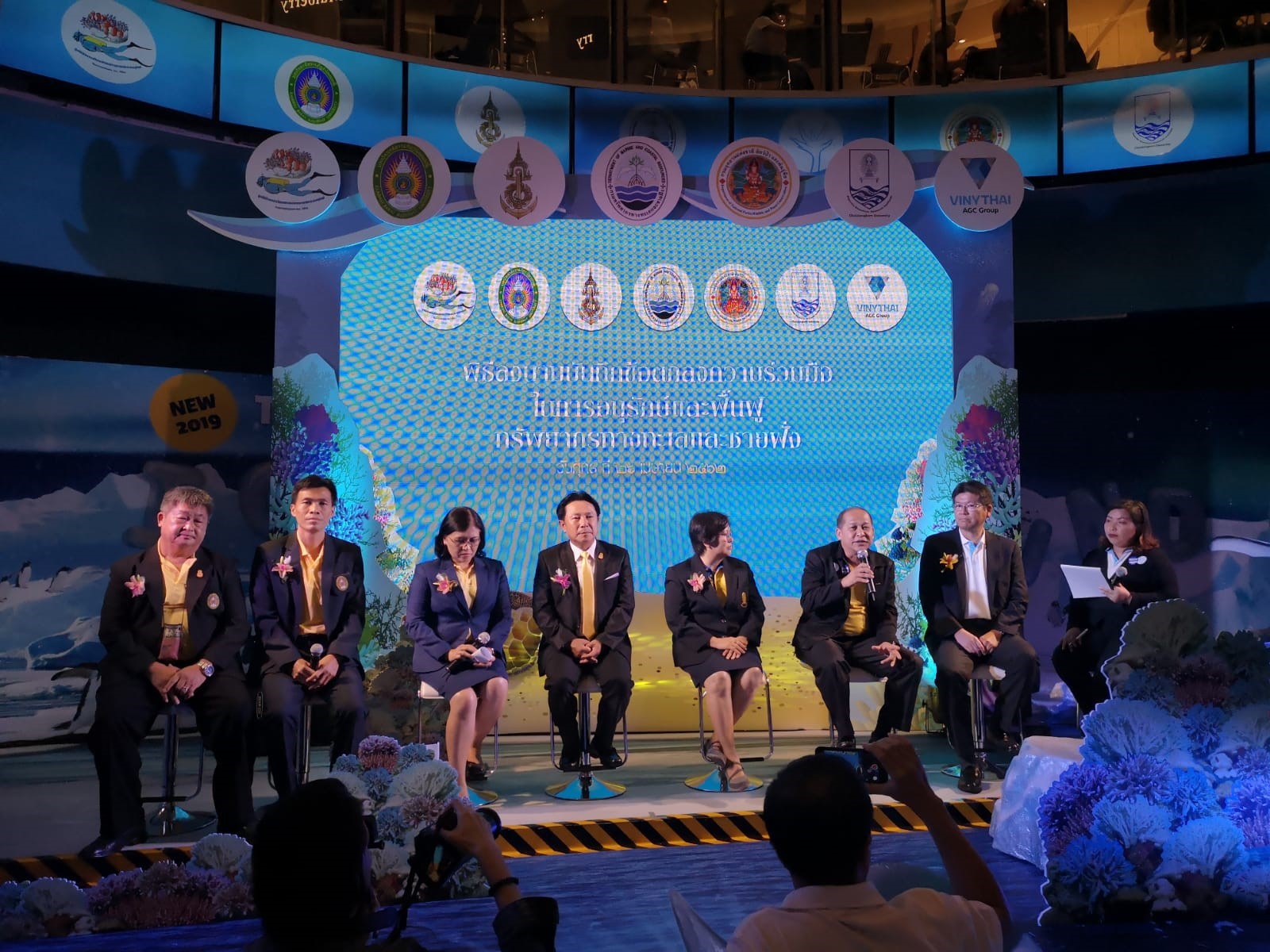 Mr. Sakhon Pokhum of Samaesarn SAO (holding the microphone) was one of the guests of honor for the event. He co-wrote the PEMSEA case study on the coral conservation project which was published in PEMSEA’s 25th anniversary book, Local Contributions to Global Sustainable Development Agenda : Case Studies in Integrated Coastal Management in the East Asian Seas Region.

To strengthen the commitment to the sustainable management of Thailand’s marine and coastal resources, a memorandum of understanding (MOU) was signed, initiating a 4-year marine conservation project from 2019-2022.

The MOU’s goal is to integrate the knowledge and experience of each participating agency/institution to scale-up the implementation of coral reef planting and restoration to every coastal province in Thailand.

Specifically, the agreement’s objectives are as follows:

The endeavour will be supported by a network of community associations, local coastal conservation groups, and relevant government agencies.

Implementation of the MOU is expected to demonstrate concrete collaboration between the government, and education, public and private sectors in helping to drive sustainable development of marine and coastal areas, contributing to food security, livelihood development in ecotourism and coastal learning sites, and improved quality of life for Thai people.